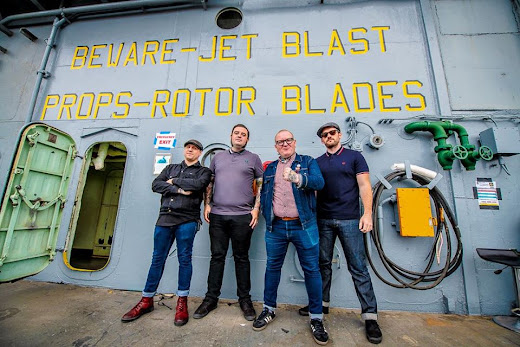 The Drowns are a Punk/Hardcore-leaning Rock "N" Roll band hailing from Seattle, Washington. The Drowns' core line-up consists of both current and former members of The Briggs, Coyote Bred, Madcap, The Shell Corporation, Success, and Time Again. It's believed The Drowns' players are frontman Aaron "Rev" Peters, bassist/vocalist Andy Wylie, drummer Jake Margolis, and guitarist Jonny Wade. The Drowns have hand-crafted a unique breed of Punk/Hardcore-indebted bare bones Rock "N" Roll akin to Bouncing Souls, C*ck Sparrer, The Gaslight Anthem, Hot Water Music, and Titus Andronicus. The Drowns released their first proper recordings together in 2018 as View from The Bottom on 1984/Live from The Rock Room/Bypolar/Gunner Records. Although, throughout 2019, they seem to have struck up a partnership with Emeryville, California-based imprint, Pirates Press Records; said label released two 2019 EP's for The Drowns, The Sound 7-inch and a 12-inch entitled Hold Fast Demons (or Hold Fast / Demons,) as well as a single-sided 7-inch flexi-disc of "Demons."


The latter was packaged along with a rather cryptic on-record note, which read: "TAKEN FROM THE NEW LP "UNDER TENSION" - COMING EARLY 2020." Now, said "NEW LP," UNDER TENSION, has finally come to fruition and has received a proper release announcement. The Drowns' UNDER TENSION will be released on Friday, January 17, 2020 on their new label home, Pirates Press Records. UNDER TENSION is currently available for pre-order on Standard Black, Blood Red, White, Blood Red with Black Spokes vinyl, as well as CD, which all come complete with a FREE "Black Lung" picture flexi-disc, while supplies last. UNDER TENSION will feature aforementioned singles "Hold Fast" & "Demons" and was produced by Ex-Flogging Molly guitarist "Captain" Ted Hutt, who has previously worked Bayside, Dropkick Murphys, The Gaslight Anthem, Madcap, Street Dogs, Tiger Army, and countless others. Again, The Drowns' full-length debut, UNDER PRESSURE, will see a wide release on Pirates Press Records Friday, January 17, 2020.


"If you haven't heard of The Drowns yet, you're about to! A LOT. This line-up of seasoned veterans is shaking up the Rock "N" Roll world in incredible style. This highly-anticipated full-length, produced by the amazing Ted Hutt (Dropkick Murphys, [The] Gaslight Anthem, Flogging Molly, Street Dogs) is nothing short of fantastic. This indestructible foursome has, literally, not stopped delivering these 11 new tunes and all the hits from their 2018 debut LP, View from The Bottom, to fans across the globe. Their relentless approach to touring and spreading their Rock "N" Roll gospel is turning heads and getting people out in droves to see their explosive live performances! Whether it's in a sweaty basement or club, or on the deck of an aircraft carrier, the way Rev and the boys drive these tunes and their message home is ENORMOUS! Do not pass up any opportunity to see The Drowns live and make sure to grab a copy of UNDER TENSION as soon as it hits the shelves. With absolutely zero fluff and a barrage of scorchers, like "Demons," "Hold Fast," "Black Lung," and the "Cue The Violins" ... this one is going to be an instant classic! Guaranteed." 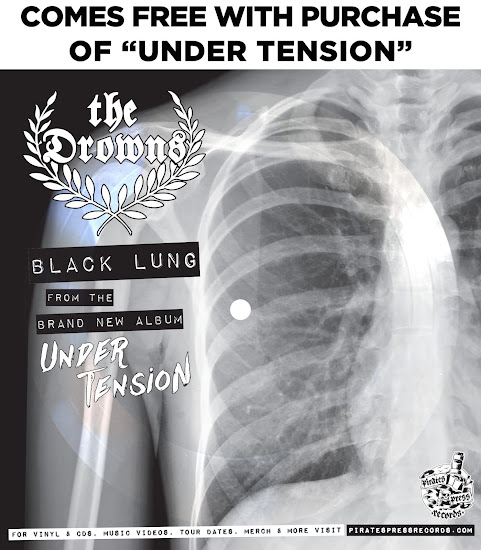 Posted by Matt Horowitz at 9:01 AM