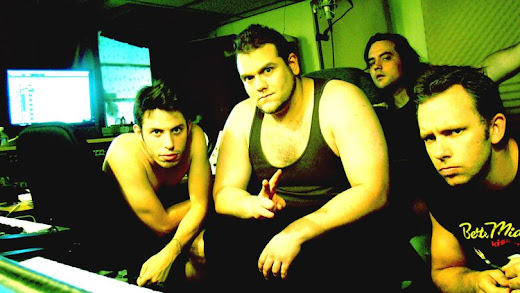 "I'm Height Keech. I'm a rapper from Baltimore, MD. I grew up being the guy in the crew that didn't know how to make the beats I heard in my head... Now, I feel like I've found my own voice as a producer and I'm off to the races. These are some of the records [whose] production has inspired me, through the years."

"A lot has been said about this album, so let me zero in on my favorite track: "Night of The Living Baseheads." The main sample is like a Jack-In-The-Box opening every two seconds. The change-up leading into the second verse feels like a transmission from another planet. Every little piece is perfectly executed, yet it feels like you’re on an insane train that could go off the rails at any second. It used to be way more labor-intensive to do all these weird one-off changes and flourishes; the level to which [The Bomb Squad] knocked it all out of the park floors me."

"There aren’t many Rap albums where the beats feel more like one solid statement. This album always made me feel like I was in California, before I had ever been there. I love how they freaked all these loops that are tied to LA music history in a very specific way. It feels like an Uncle Jamm’s Army party, but the hard-as-Hell drums and great mixes place you in what could only be Cube’s World."

"Three 6 Mafia have one million imitators, but I don’t think anyone has really captured the eerie, bleak, lo-fi sound of their 90’s releases. There’s a sadness and strangeness to it. It’s like a Psychedelic take on Southern Gangster Rap. DJ Paul is under-rated as a producer, both when unearthing unheard loops and when manipulating well-worn material."

"The summer this came out, I was in NYC on one of my first tours. I was crawling into a sleeping bag and my host suggested I pop this album into my Discman as I doze off. I instantly felt like I was floating around in someone’s cartoon dreamworld. All the loops are bananas, but that’s just half the story; even if you sliced up all the same samples and gave them to another producer, they would never come up with this totally unique world. It feels like Madlib spilled this whole universe out of his brain and on to the album."

"To me, these guys created a new chamber of Rap. It was only acknowledged by a few, but those few really cherish it. It doesn’t seem like they were trying to innovate, as much as if they were just compelled to do this unique thing. With these beats, I can’t always tell what I’m hearing. I’m never sure what’s a sample being triggered and what’s being cut up on a turntable. For me, that confusion makes it more mysterious and helps me get lost in the music. The meat and bones of the beats are all A-plus and then, they hit you with all these smaller, subtle change-ups that add up in big way."

For maybe about 10 years or so, I've heard the names "Height," "Height with Friends," "Height Keech," etc. uttered throughout Indie Hip-Hop/Rap Blog circles and seemingly, always being rather highly-regarded. Although, for whatever reasons, I never really took the opportunity to delve in much deeper (now, I see that was a BIG mistake!) However, I do remember buying Height with Friends' ROCK AND ROLL CD (2012) from Baltimore-based Friends Records either along with WEEKENDS' Strange Cultures LP or Dope Body drummer (David) Jacober's Water Karaoke solo tape. Fast-forward to April-May 2016, when I received a fateful cold-sent email from John "Jumbled" Bachman concerning his latest producer album, [I wish it was longer], which just so happened to feature a who's-who of talented Baltimore emcees and beatsmiths, as well as recently re-branded Height Keech on "Lamplight." Around Feb. 2016, Stereogum's Senior Editor Tom Breihan premiered Height Keech's "DEAD RIDER RIDE ON" from his then-impending 4/25 album, MIND MOVES THE MOUNTAIN on his own label imprint, Cold Rhymes Records.

I really dug what I heard and figured, although, it was likely a shot in Hell, I would reach out to Height to see if he would want to potentially do a feature or interview for The Witzard. "Yes! The fourth Shark Tank album will be the next release on Cold Rhymes. Our mission this time was to steer away from the extremely zany/inside joke territory explored on our last album [Don't F**k with Us] and come with an concise album of straight heat," Height replied within our March 2017 The Witzard interview when questioned about his group, Shark Tank. Now, that fateful day has arrived; just a mere three months after MIND MOVES THE MOUNTAIN, Shark Tank AKA THE FUN YOUNGS' fourth album, Dan's House is here! I've taken it upon myself to embed wonderfully-titled album closer "Chris Isaak Can't Do a Thing (to Stop Me)" and "Dan's House (Shouts to Hell Rell)," as well as The Witzard-premiered "ACE," within this very Beat-maker Bedrock column. Shark Tank's Height-produced Dan's House is currently available on Cold Rhymes Records.