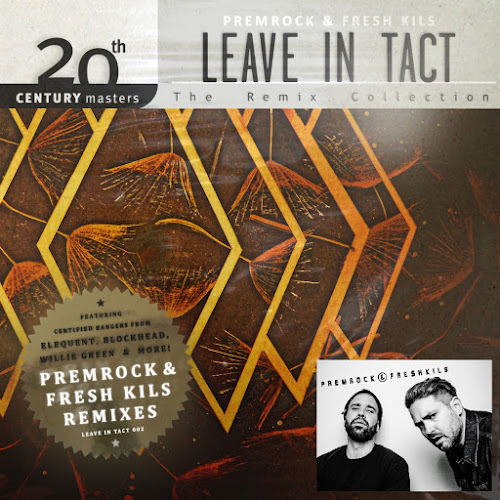 "[Leave In Tact:] The Remix Collection boasts a strong addition to the pair's already robust resume, and as they set their sights on another ambitious tour with contemporaries' billy woods and Henry Canyons, their prospects only continue to grow. If you missed Leave In Tact, due to the avalanche of the election fallout or perhaps, because of the shared release date with a comeback album from the greatest group of all time, you are forgiven, but do take this chance to catch up," reads a Remix Collection-accompanying statement uploaded to PremRock & Fresh Kils' Bandcamp. I recently got a pre-release version of Leave In Tact: The Remix Collection and producer Fresh Kils (@freshkils) told me, he "would love to hear [my] comparative thoughts on the remixes vs. the originals;" with that said, here's a very laxly-structured first impressions review of Leave In Tact: The Remix Collection. PremRock & Fresh Kils' latest 7-track release is currently available on their Bandcamp page in either Cassette + Digital Copy or basic $7 Digital Album formats and consists of remixes from fellow beatsmiths Chicago's Maker, Blockhead, Willie Green, Elaquent, 2oolman, and veteran of The Six, Junia-T.


IV. "Ether" (Raistlin's Rendezvous) vs. "Lost In The Ether"

Very 90's Biggie/Puff Daddy-type feel. 8-bit Glitchy beat. Summery, sunny vibe. Dream-Pop with echoed 90's R&B-esque hook. Vaguely reminiscent style-wise of Ghostface, Ne-Yo & Kanye's "Back Like That" (Remix) "Hey, you outta my life, but not outta my mind..." "It's a sign of the times." Fades out...

Posted by Matt Horowitz at 8:29 PM