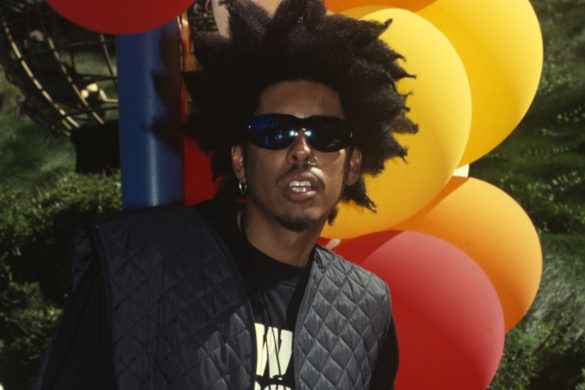 Been seeing a lot of Shock G stories (so many of 'em, so good.) Many people in The Bay, mostly music industry folks, all have a story of that cat, kinda mythical, like the Prince or Bill Murray tales you sometimes hear. An indelible mark they leave on you just doing some regular sh*t, 'cuz they're simply special like that. I have a few, but this one sticks out as one of my faves, details all, of course, a bit fuzzy due to this time in my life (so much 🥦) but, also, this was roughly 20 years ago (crazy that I still remember so much of this night, but you would, too, if you experienced it...)


My guy, Ryan (then, known as Earflaps, now running Discos Mas) used to have a Wednesday at The Ivy Room on San Pablo. It was, generally, a laid-back affair, but all wax and tons of fun when I joined. Ivy Room is (historically) a little hole-in-the-wall (mostly Rock) live music venue, but on occasion, they'd have Blues & Soul and some random DJ nights. One Wednesday, we were all kickin' it and a lot of smoke and drinks into the night, we're outside and the 72 [bus] rolls by. Stops on the corner of Solano & San Pablo and out hops Shock G. We're all taken aback and a little confused thinking he might be going to see a girl around the way, but he proceeds to pop in to see what's going on. He sees a little action (there were maybe 15-20 people in there) and decides to parlay for a bit. We end up chatting it up with him and cop him a couple drinks. Maybe, 10 or 15 minutes in, he proceeds towards the stage DJ set-up and asks if he could get on the mic.


Now, this part is a little fuzzy, but my guy, Matthew ["Matt"] Reamer, seems to remember us not having one (typical,) but I distinctly remember his voice being amplified, so, I think, we likely plugged in a pair of headphones into the mic jack and made it work. (* Matt informed me he jumped next door to a karaoke bar to borrow a mic—not all heroes wear capes!)


So, on these nights, our selections were completely random (wasn't really an overly genre-specific night, if I recall correct) so, neither of us had any [Digital Underground] (D.U.) wax or a buncha Hip-Hop instrumentals to work with, so out of my mostly 45's selections I brought that night, I look for what could be a classic "Humpty"-type break that he could spit over. When I flip through and see Brick's "Dazz" I grab it immediately and throw it on. Right then and there, he lights up and I proceed to go back-and-forth with the intro for, I sh*t you not, seemed like at least 10, if not 15, minutes (I was a little loopy at that stage in the night and hype as Hell, so time, of course, stood still.) Now, mind you going back-and-forth on a fourbar intro and a Styrene 7-inch for upwards of 15 minutes for an emcee to rhyme over and not miss a beat is f**kin' dif...fi...cult and, especially, when you're f***ed up. Add one of the most legendary rappers of all-time and only 20 folks in the place; well, you can imagine what a surreal, yet incredible scene that was.


I pulled it off, no skips, and he rhymed his a$$ off, busting out quotes and classic verses, but mostly, off the dome, to the SAME DAMN FOUR-BAR INTRO for 15 G*ddamn minutes (I still can't get over that sh*t.) Dude was cool as Hell, so relaxed, and so happy to just have a little crowd geekin' off his presence and talent, especially, a Bay Area one that honors and respects him in the way that we do. Anyway, after that, he got off the (headphones) mic to a standing ovation, chilled for a few and as soon as another 72 [bus] rolled by, he hopped on and disappeared into the night.


We were all f**kin' floored. High off a lot of sh*t, but mostly just a surreal and unforgettable half-hour. I [didn't] see him again until I opened up for D.U. some years later in Fr'isco. Like I said, the cat was simply special. I'll never forget that night for as long as I live. Rest In Peace to one of the greatest musicians/rappers/artists in the history of Hip-Hop. You will be sorely missed. I miss you already and I only hung out with you a few times in my 30-year career. We love you, Shock, always and forever. #RIPShockG 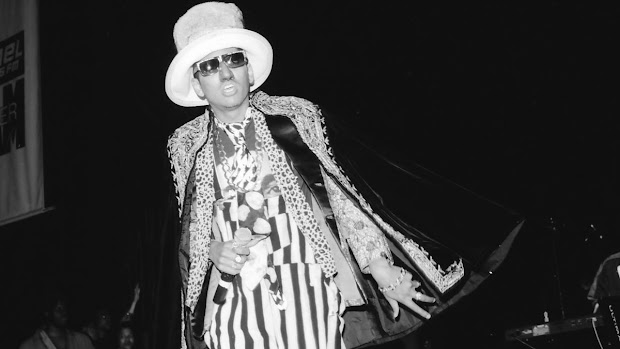