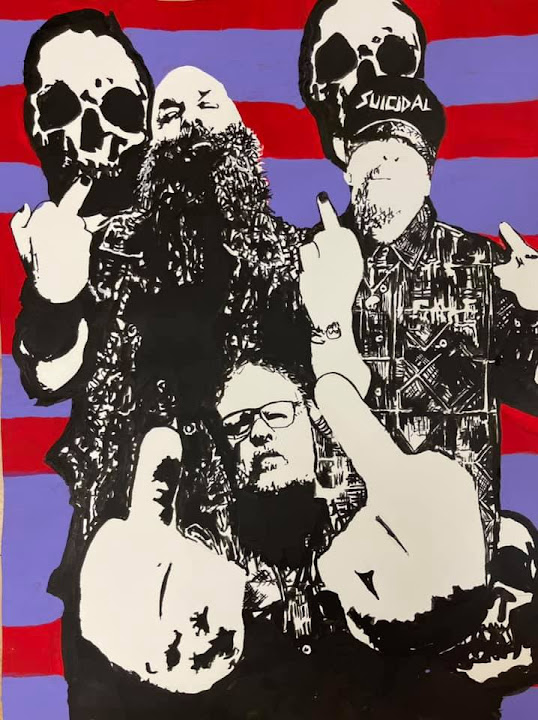 Just yesterday afternoon, we recieved word the world was gaining one more Los Angeles-based Punk/Hardcore super-group. The Crew somewhat amazingly features Punk Rock lifers Fletcher Dragge & Byron McMackin of Pennywise, Mike Muir of Suicidal Tendencies, and Tim Armstrong & Matt Freeman of Rancid. The Crew's debut single, "One Voice," is being billed as "a rousing Punk Rock anthem about unity." Vocalist and guitarist Fletcher Dragge shares: "collaborating with Tim Armstrong, Mike Muir, and Matt Freeman has been an awesome experience; obviously, Byron McMackin & I go way back. Byron & I had a demo of "One Voice" laying around for couple years and I thought it would be cool to bring a couple old friends on board to breath some new life into it."


Fletcher continues, "watching these guys lay down their own personal trademark styles on this song was nothing short of amazing! I think it's safe to safe we're all pretty f***ing stoked on the final product and being able to donate proceeds to Musack feels pretty awesome, as well. Find it, crank it up, and enjoy!" For The Crew's line-up of Punk Rock royalty on "One Voice" we have Fletcher "Fletcher" Dragge providing vocals and guitar, second vocalist Tim "Timebomb" Armstrong, bassist Matt "Ramone" Freeman, third vocalist Mike "Cyco Miko" Muir, and drummer Bryon "B.C." McMackin. "Music has always been a positive light in my life; very important for me to share that with future generations," Tim Armstrong adds. "One Voice" is now available on all streaming platforms, via Epitaph Records.

Plus, Stay Free Recordings will be releasing the track on a 7-inch vinyl to benefit Musack, whose mission is to give kids and teens a voice through music by providing musical instruments and support for teachers. The vinyl will feature The Crew's "One Voice" on Side A, while Side B will feature an original song by some of Musack's finest youth rockers: Rippy & The Sillyettes. Rippy & The Sillyettes are two young girls from the Navajo Reservation, who wrote "One In A Million" about their friend, who was tragically murdered. The cover for "One Voice" features original artwork designed by Tim Armstrong and the pressing will be limited to 500 copies sold in five unique colorways: Half/Half Orange Crush & Baby Blue (100,) Baby Pink/Electric Blue (100,) Half/Half Kelly Green & P*ss Yellow (100,) Oxblood with Black Splatter (100,) Milky Clear with Hot Pink Splatter (100.)


Pre-orders are available at Stay Free Recordings entirely SOLD OUT. Musack is a 501(c)(3) that helps kids and teens by supporting great music teachers and music programs from Coast-to-Coast and beyond. Inspired by the words on Woody Guthrie's guitar: "This Machine Kills Fascists." Musack believes getting music into the hands of kids and teens can help them face whatever challenges that stand in their way. Learn more at Musack. Musack are selling super-limited edition T-shirts featuring Tim Armstrong's "One Voice" cover artwork, as well. "One Voice" hits all the notes... and as Musack has grown supporting kids and great music teachers from Nantucket to Alaska to The East Bay... The Pine Ridge Rez' and Compton... The Navajo Rez' to Appalachia... Haiti and Cuba to Indigenous kids in Australia—we've found those "the islands of isolation" everywhere and that music somehow unites them," shares Musack Founder Donick Cary. 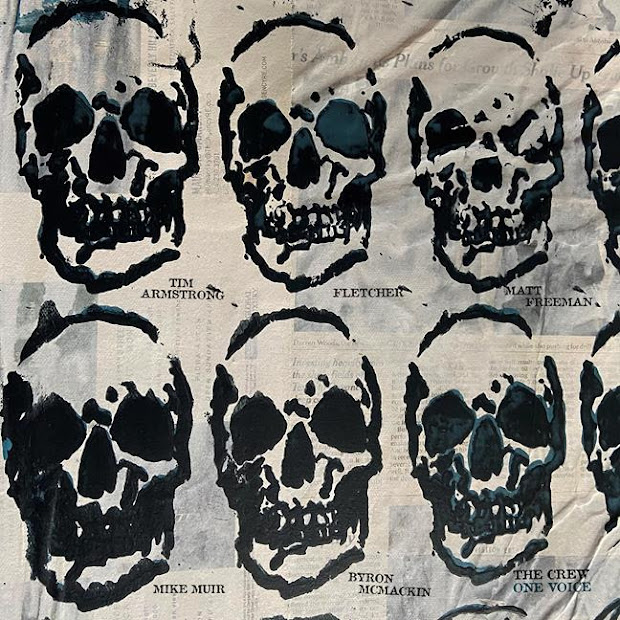