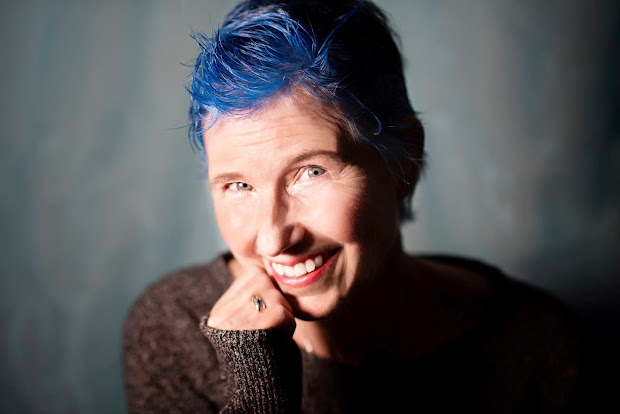 Black Flag is just one of those bands—along with The Misfits, Minor Threat, Fugazi, Dead Kennedys, and more—that every young Punk/Hardcore fan cutting their teeth with the genres should experience. Kira Roessler was bassist (and the only female member!) of Black Flag during the Rollins-era between 1983-85. However, within those short two years, Roessler played on FOUR studio albums, Family Man, Slip It In, Loose Nut, and In My Head, as well as two live albums, Live '84 & Who's Got The 10½? and an EP, The Process of Weeding Out. During her now 46-year career, Roessler has spent time playing with Approximation, AwkWard, DOS with Mike Watt (Minutemen, The Stooges, fIREHOSE,) Geza X & The Mommymen, MinuteFlag, The Monsters, Puzzled Panthers, Sexsick, Twisted Roots, The Visitors, and Waxx, as well as appearances on various compilations

Roessler describes herself as a "bass player first and foremost. Then, a sound editor, dog mom, loving wife, adn loner." Kira Roessler has gone on to have just as much success as a dialog editor in the film industry, receiving two EMMY Awards and contributing to two movies that won the attention of The Motion Picture Academy. "I have been part of the sound teams for many projects I am proud of: Mad Max: Fury Road, Joker, A Star Is Born (2018,) and Game of Thrones Season 2, to name a few." Roessler has now returned to her musical roots for her proper self-titled debut album as a solo artist, KIRA, nearly 50 years into her career. Across KIRA, she takes full control and turns down the volume, finding balance in the expanse of dark minimalism. KIRA will be released tomorrow, Tuesday, October 19, 2021, on Kitten Robot Records. We were fortunate enough to speak with Kira Roessler about everything from Black Flag to KIRA for a comprhensive career-spanning interview. The interview below has been lightly edited for general clarity.


I. How does it feel releasing your debut self-titled full-length, KIRA, nearly 50 years into your musical career?

Kira Roessler: It feels strange, in a way. I never really intended to do this, but I was asked and the time was, somehow, right. I do sometimes wonder, "what have I done?" because the music is odd. I don't really expect people to seek it out.

II. What made you decide to release KIRA now?

KIRA: These songs tell a story... and it started to feel complete. And when I was asked, I thought that 60-years-old was an interesting time for my first record.

III. What were the writing, recording, producing, creation, etc. processes like while making KIRA? Especially, during these strange COVID times?

KIRA: The Pandemic didn’t really affect the process very much. I am always working on my songs in my room. And have often sent them to others to add other instruments. Many of the songs were already somewhat complete when COVID started taking hold. The songs (and the story they tell) span about 13 years. And, generally, when I go to Kitten Robot Studio to work with my brother, Paul, it is just the two of us.


IV. Who else played on KIRA or is it you we hear playing multiple instruments across the whole album?

KIRA: No, I really only play the bass guitar and sing. The amazing Glenn Brown plays guitar. He lives in Ohio, but we have been making music for a very long time... I have played on many of his songs and vice versa. Dave Bach is the drummer who, somehow, finds a way to add tasteful drums without changing the delicacy of the music. Petra Haden is an extremely versatile vocalist and violinist and she added some amazing work. And, of course, my brother Paul... who helps me by playing any last parts that are needed and helping me make the [songs] feel complete.

V. How was it working alongside your brother and co-producer, Paul Roessler, while making KIRA?

KIRA: Paul & I have, also, been collaborating for many years. We have found a very comfortable way of working together and it was Paul who convinced me to release the record. His style of music is very lush and layered—so we challenge each other—he suggests things that [we] might add; I act as editor with my music, but he has, also, had me contribute to some of the music that he produces.

VI. What made you decide to record KIRA at Kitten Robot Studio and, ultimately, release it on Kitten Robot Records?

KIRA: The recording took places at my house, at other people's houses, and at Kitten Robot Studio. Since Paul works there full-time, it was natural to enlist his help and the studio where he worked in my musical endeavors. He is, also, involved with the record label, so, I guess, he discussed the idea of putting out the record with them and, then, approached me with the idea. It would never have happened without his efforts. 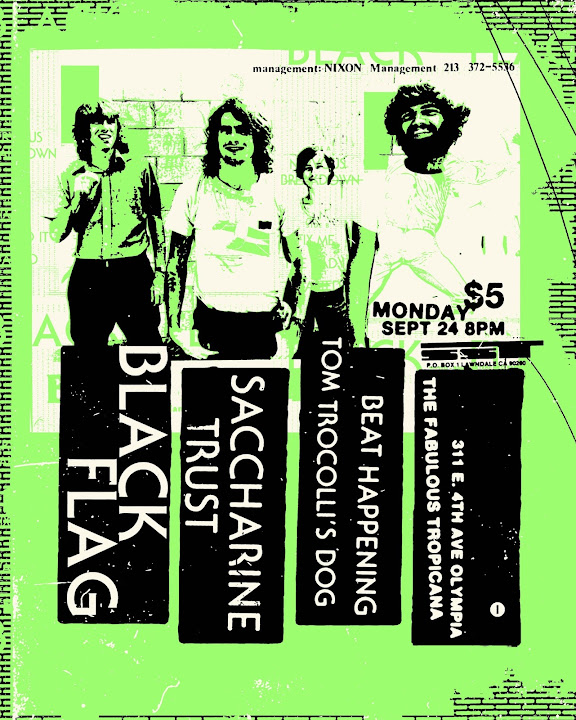 KIRA: Well, I am, obviously, closer to some of them than others, but I have a very cordial feeling towards all of them. I speak to Mike [Watt] often and most of the others only rarely.

VIII. How would you say your time spent playing within the Punk music scene helped prepare you for your eventual career in the film industry as a successful dialog editor?

KIRA: Everything I have done has helped to lead me where I am. I think, the main reason I have ended up in the film industry is that I am more comfortable working with creative people than more "corporate" people. Certainly, my non-conformist Punk Rock nature is part of that. The actual dialog editing is very technical and I have always found that kind of thing appealing, as well.

IX. What would you say was one of the most meaningful lessons you learned from your time playing with Black Flag?

KIRA: That we are all stronger than we think we are. That everyone should drive across this country at [least] once.


X. It's always been a personal favorite of mine... but what do you recall from the recording sessions behind MinuteFlag's lone self-titled 1986 EP?

KIRA: I remember feeling that Mike [Watt] was leaving no room for me. This taught us a lot about how carefully we would have to construct our songs, later, in our band, DOS; that the jams didn't feel like they were going very well—that the time pressure was affecting our looseness.

XI. Which Black Flag release (that you appeared on) is your favorite and, please, explain why?

KIRA: In My Head (1985.) At the time, we had been working on an instrumental record... but Henry [Rollins] would be in practice and he started writing lyrics to songs, which we had thought would be instrumental. I think, "it's great to hear him singing his own lyrics." I always thought he seemed more comfortable singing Chuck [Dukowski's] lyrics than Greg [Ginn's]... but, finally, he was singing his own!!!

XII. What would you deem your most memorable show ever played and why?

KIRA: This is a thought question because, of course, what is "memorable" to me doesn't mean it would be "memorable" for others. The most impactful for me is [a] show like the one that DOS played at Virginia Tech University when the audience sat down and was so quiet, you could hear a pin drop. And I could really feel that the whole audience was listening to the delicate music we played, at times. This was a big influence on me, later, in playing the kind of music I played on this new record... trying to express big feelings and hoping that others could feel them, too; but there were many amazing shows with Black Flag, too. I leave it to the audience to decide their more memorable show and I was just there to entertain.