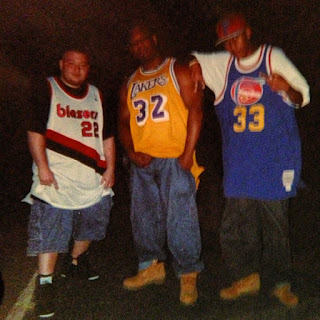 Let's face it, most of us in our mid-20-30's have probably "stumbled" our way into a couple sleazy strip joints by now. I've had my fair share of alcohol-fueled, cigar-accented conversations with shot girls about Portugal The Man and even an unexpected run-in with Joey Fatone (all in one night)! It sounds like Meyhem Lauren has chronicled a vaguely familiar experience on "10 Dollar Lap Dances." Released just in time for the season's traditional festivities, Mr. Thanksgiving himself laments about his [least] favourite gentlemen's club, which has an all-hours buffet, but still doesn't warrant his tips. Lauren and producer-friend Harry Fraud "walk in the dirtbag spot, shit down, and proceed to do wrong." He must've learned a thing or 2 about fine dining from chef-turned-rapper Action Bronson, who's featured on Mandatory Brunch Meetings (December 6th). Numbers-wise, it's guest list doesn't really seem to stack up against Respect The Fly Shit ... But Heems, Lakutis, Weekend Money, Maffew Ragazino, Carrie Wilds, Tommy Mas, and Mike Finito all manage to roll through for a few quick bars.

Posted by Matt Horowitz at 2:08 PM