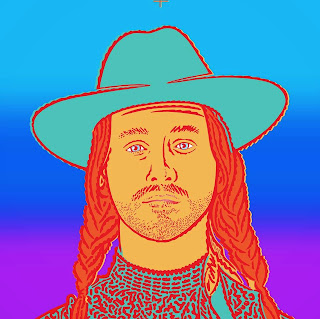 "'Last of The Flohicans" in many ways embodies RetroHash as a whole. Loss. Transformation. Rediscovery. "Flohicans" is basically a reminder to myself. To remember what it's like to lose faith. To rediscover yourself and ultimately become better. Growing up," Asher Roth wrote in a highly inspirational do-not-reply fan club email just the other day. Just about a week ahead of the release of his nearly five years in-the-making second album, RetroHash, Roth unleashed a fourth and final pre-release track; "Last of The Flohicans" was produced by genre-blending production team Blended Babies, like the rest of the album, which will finally see a wide-release this upcoming Tuesday, April 22nd. Asher Roth has lyrically progressed leaps and bounds since the "I Love College" days and for those who might be unfamiliar, his stellar mixtapes Seared Foie Gras, Pabst & Jazz, and The GreenHouse Effect (Vol. 2) are quite an appropriate representation of exactly what he's been up to these past five years. But anyways, "Last of The Flohicans" is a pretty down-tempo, mildly Blues Rock-inspired hard-hitting beat sprinkled with 90's West Coast Hip-Hop reminiscent underones. With that said, it's actually kinda crazy that RetroHash is the singular creation of one rapper/producer team, especially considering the jarring differences between each of Roth's four recently released tracks; "Pot of Gold" is a chilled out summertime jam that's almost reminiscent of TV On The Radio, "Tangerine Girl" immediately reminds me of an old school Disco-Funk roller rink-ready anthem, and lastly "Fast Life" [below] more or less sounds like a modern day "What's Goin' On" re-hash (no pun intended ha). After a quick glance at RetroHash's 10-song tracklist, the only thing noticeably missing is a quasi-sequel to Asher Roth and rhyme-slingin' buddy Action Bronson's former Pabst & Jazz mega-collaboration, "Choices." But fingers crossed, maybe they'll end up ultimately reconvening on Bronson's forthcoming VICE Records debut.