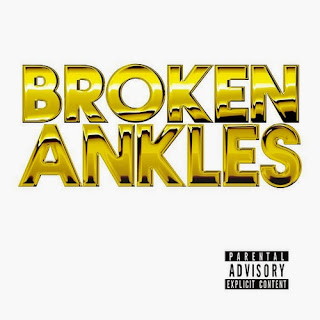 Not entirely unlike it's highly-revered Classic/Indie Rock predecessors Sgt. Pepper's and The Blue Album, sample grand-wizard Gregg Gillis aka Girl Talk ultimately intended for his latest body of work, Broken Ankles EP to function as "a continuous mix and it intended to be listened to as a while with gap-less playback." The Pittsburgh native then recruited veteran emcee Freeway from the neighboring suburb of Philadelphia to overlay gritty complex rhyme schemes atop his multi-layered 6-track mini-album, which somehow still manages to sample everyone from Aretha Franklin to Nine Inch Nails. For the purposes of this very EP, Girl Talk & Freeway have both slightly modified their respective styles, but not to the point that it's beyond recognizable or would endanger alienating long-time fans. I'm actually a little surprised at how good most of Girl Talk's beats sound; they're 100% full-fledged Hip-Hop beats with sufficient room for additional hooks, rhymes, melodies, etc. unlike his typical sensory over-load mash-ups. While Waka Flocka delivers a genuinely ferocious tough-as-nails mid-song guest verse on lead single "Tolerated," Young Chris and Jadakiss (over a fragmented portion of "Hurt") appear elsewhere. Girl Talk & Freeway recently told XXL that they have about "20 other songs that [they] recorded that are not making its way to [Broken Ankles]" and that they'd definitely like to release a full-length together, if this one does well. Broken Ankles EP is now available for FREE download from DatPiff and trust me, I've been driving around with a CD-R of this thing for a few days, it's a certified whip-banger!

Posted by Matt Horowitz at 9:43 AM