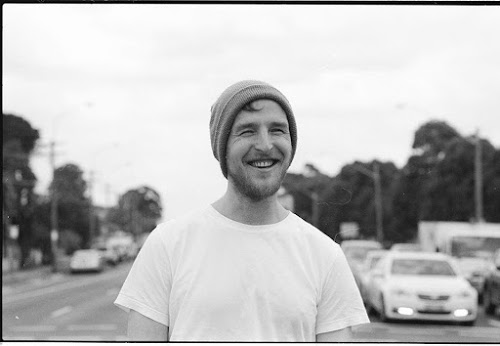 "The "Scrood" video was directed by @captainearwax [Daniel 'O Toole]. He makes videos similarly to how I make music, by meshing together analog and digital layers to create a certain feeling or mood; in contrast to my other videos, which are more straight-forward narrative-based. It was a super fun process and I'm blessed that we got to do this," @jontidanimals wrote within a heart-felt March 16th Instagram post. "Scrood" is Jonti's first proper single in over five years and his first piece of original material since submitting beats for "BARBELL," "Laguna," and "Turkuoise," which appeared on long-time friend and collaborator Hodgy's 2016 Columbia/Odd Future Records debut, Fireplace: TheNotTheOtherSide. I've spoken with Jonti pretty regularly over the years passed since his last album-length mixtape, Sine & Moon (2012) and I know's been diligently working on this as-yet-untitled Stones Throw album, in a number of permutations, for roughly the past 3-5 years—and from the sounds of it, I think this piece of work is going to far surpass his previous collection of material!


"'Scrood" was born out of a late night jam with Steve Lacy in Los Angeles last June... when I took it home, I envisioned a story to go with it of a man walking through a burning city to get to this person he loves. Which is a metaphor, saying that even though it feels like the world is falling apart, I'm still going to try do my best and soldier forward with love," Jonti further revealed within a statement published on Stones Throw. "Scrood" features guitar, bass and vocal work from The Internet's 17-year-old (or arguably, 19-year-old) "rising kid-genius" Steve Lacy, as well as drum work from Moses "Mohi" MacRae, violin and strings from "one-person orchestra" Jo Ling, violinist James Domeyko, and mixing done by Jack Prest. Although a solid release date has yet to be announced, it appears as though Jonti's proper Sine & Moon follow-up is now, only imminent and will be issued by Stones Throw and Australian Indie record label, artist management team, touring agency, and music publisher Future Classic. Jonti apparently formed a new collective, Midnight Mutants, around Sept. 2016, which I'm lead to believe, with a bit of Instagram diggin' and detective work, includes fellow Australian musicians Steve "Bassgod" Adler, Mohi, Daniel "Bus Vipers" Ahern, Antonia Gauci, and an additional unspecified member, all of whom Jonti deemed his "music brothers" and further revealed "play a big part [in his] next record, too." 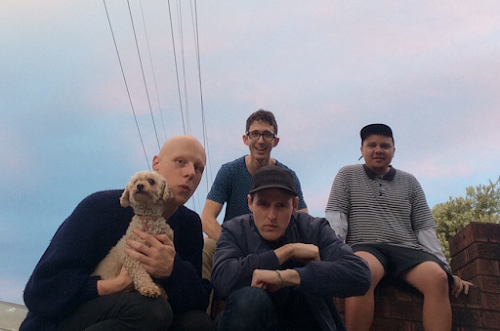 Posted by Matt Horowitz at 9:51 AM