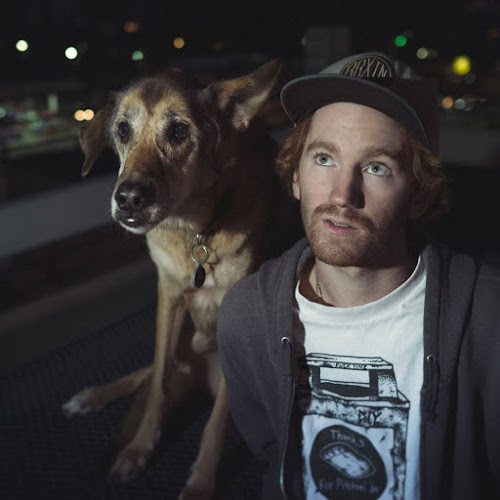 "'The Last Working Dinosaur" is the first single by Cody Jones (formerly Stillborn Identity) from his upcoming project, Out with The Old, In With The New. Follow Your Heart & You’ll End Up Alone. Cody had been listening to a lot of Serengeti, at the time and was drawn to the idea of his writing not being confined by events and thoughts that were literally true. The theme of the track is inspired by his working relationship with his dad, who he saw doing everything a very "old school" way at Northgate Auto Body, the garage he [has] owned and worked in for the last 30 years," Cody Jones wrote within a recent press release. I first met Cody Jones (then still Stillborn Identity) through beatsmith John "Jumbled" Bachman, like many Baltimore and Philly area rappers and producers I've worked with over the course of the last year or so; "should've stayed in school—maybe been a journalist or blogger, but now I'm runnin' outta space like an alien jogger. And I gotta change my Rap name, if I wanna be a father (I am a father)," Jones tactfully rhymes on "Ineita Break" from Jumbled's [I wish it was longer]. I didn't exactly realize it then, but listening back to "Ineita Break" today in preparation for this very article, I know realize that he was making a clever allusion to his name change from Stillborn Identity to Cody Jones, likely because he was about to become a father. Cody told me he hard a hard time coming up with a new rapper name for his 29-year-old self and simply went with his government name because he "was tired of branding himself so many different ways between Stillborn Identity, The Throw Away Days, Internet Skateboards, Pitt Stop Booking, etc."


Cody Jones' Bandcamp page fittingly describes his music as "underground DIY Punk-influenced Skate Hip-Hop." He has an effortless, almost conversational, rhyming style akin to fellow Pennsylvanian Asher Roth, Homeboy Sandman, or even Paul's Boutique-era Beastie Boys, at times. "Cody saw his dad's work habits prehistoric in comparison to most other shops and so, "The Last Working Dinosaur" was born. On a car ride home from work one day while freestyling over a beat CD, the song pretty much wrote itself; inspired and exaggerated by true events. Originally, the song was recorded over a song that was released in 2013, but eventually, Joey Smooth (who also recorded the track) remixed it with some funky synths and heavy-duty bass lines. Jones' perfectly short and sweet statement continued. Cody Jones' first proper body of work since last summer's STLBRNcollabamonth2015, "The Last Working Dinosaur," is currently available to stream or download on his personal Bandcamp page; the aforementioned digi-single contains the dirty—available for FREE download, clean edit, Joey Smooth instrumental, and a cappella versions of "The Last Working Dinosaur" for an extremely reasonable $3.00 or more price tag. If you dig what you hear here, make sure to keep an eye and an ear out for Stillborn Identity's first proper project as Cody Jones: Out with The Old, In with The New. Follow Your Heart & You'll End Up Alone, which will be released at a currently unspecified date.

Posted by Matt Horowitz at 9:44 AM