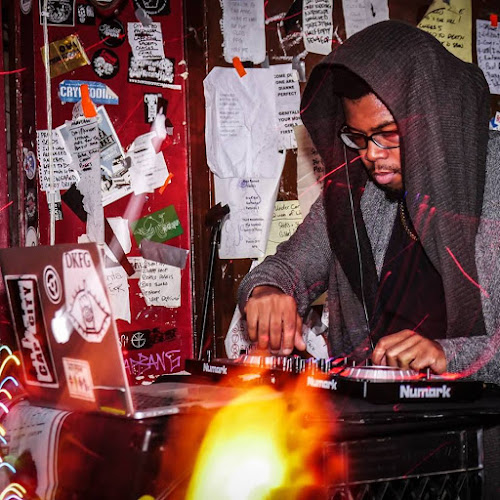 "What's goodie!? My name is iLL-Omega. I'm a beat-maker from Trenton, NJ. This is my column [for] Beat-maker Bedrock! Here's three albums that inspired me to start making music. Salute to John "Jumbled" Bachman and The Witzard for letting me be a part of this!"

"This album is one of the first Hip-Hop albums that made me want to start doing music. The RZA delivers a cinematic feel with the Kung-Fu samples and crazy chopped-up samples. The hard-hitting drums shake your car and pound your chest on each track. I remember first listening to Wu-Tang in intermediate school. When I first played this tape, it felt like a movie that I didn't want to end. The contributions from all nine members of the Wu-Tang seemed like a big Kung-Fu fight scene with each line that punches you in the face."

"Being from "New Jerusalem" [New Jersey], you have to appreciate The Funk Doc! The Jazzy/Funk-style beats Erick Sermon contributed makes this album a pure smoke-out classic. Redman's lyrics and delivery are crazy dope and weave perfectly into The Green-Eyed Bandit's drums. Listening to this album brings inspiration when I'm working with my group, A Mankind Complex. We add a Soul-Funk vibe to our sound, which you can definitely hear the inspiration from this album."

"Dilla, Dilla, Dilla. Let me tell you about Dilla: I F***ING LOVE J DILLA!!! I remember my bro Trino (A Mankind Complex) surprised me on my birthday with the vinyl of Donuts. I nearly cried. I can literally listen to this album top to bottom on repeat for a month straight. The beats are not that complex, but the love and feeling Dilla put into the production work gives you the feels. Each beat isn't very long, but has so much re-play value. Dilla made this album in the hospital, while he was battling Lupus, which unfortunately, he lost to. It was released on the day of his 32nd birthday and three days before his death; thus, making it the final album released during J Dilla's lifetime. I'm grateful he was well enough to bless us with this beautiful piece of Hip-Hop art. RIP Jay Dee."

"Cap City Records has its own master plan to resurrect New Jersey and the rest of The Beast Coast to bring the Rap game back to its birthplace, in an effort to change the game. "I don't even listen to the radio now. I listen to my own music," says an irritated iLL-Omega," reads part of Cap City Ent.'s Facebook Biography. Cap City Ent. is the label imprint of Trenton-based producer iLL-Omega and in addition to A Mankind Complex (Trino and iLL-Omega himself,) currently features artists Ray Strife, Rocky, and Alien. iLL-Omega's current production discography includes Ray Strife's recent Preface: I Will Never Be Beautiful EP, A Mankind Complex's D.R.E.A.M.S. and Destination EP, and Black Collar Biz's "Like a Sucka" with much, much more soon to come. Just this past Monday, July 17th, iLL-Omega unleashed a 14-track instrumental album titled Omegatron, which he self-described on Soundcloud as "#Album, #INSTRUMENTAL, #BEATS, #MUSIC, #RAP, #HIPHOP, #TRAP, #EDM, #RIDDIM, [#Dubstep], and #DRAKE, #KANYE & #JAYZ," seemingly implying some of its contained beats are intended for Mr. West, Mr. Graham, and Mr. Carter. Over the course of it's nearly 40-minute runtime, Omegatron teeters a vast array of genre-blending styles and influence; Omega's beat work echoes sonic earmarks of RZA's production work on 36 Chambers, Erick Sermon on Redman's Muddy Waters, and J Dilla's dusty sample re-appropriation throughout Donuts, as well as iLL-Omega's own Dilla-inspired 2016 EP, Dunkin' Donuts (Vol. 1.) iLL-Omega's Omegatron is currently available for streaming and download on Apple Music, CD Baby, Soundcloud, Spotify, etc. through Cap City Ent.
Posted by Matt Horowitz at 9:43 AM