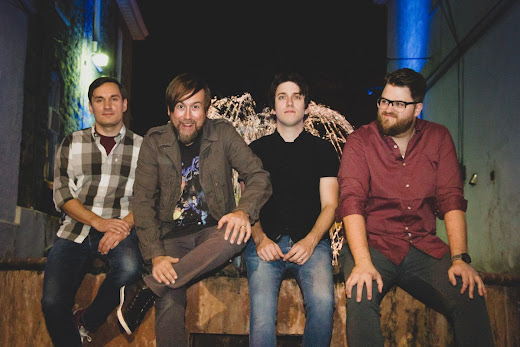 Fred Mascherino & Eddie Reyes are both former members of beloved Long Island, New York-based Emo Pop/Post-hardcore band, Taking Back Sunday (TBS.) Mascherino was in TBS from 2003-07 and played on their seminal albums, Where You Want to Be (2004) and Louder Now (2007,) while Reyes was a founding member of TBS and played on nearly every release from 1999-2018. Eddie Reyes & Fred Mascherino played together on the aforementioned albums, Where You Want to Be & Louder Now, as well as 2007's The Louder Now DVD: PartTwo CD/DVD set. Since parting ways with Taking Back Sunday, Fred formed his own bands, The Color Fred & Terrible Things, and briefly played with both The Lemonheads & Say Anything. The Color Fred released their first album, Bend to Break, in 2007 and a follow-up EP, The Intervention, soon after in 2009. The Color Fred side-project, Terrible Things, released a self-titled album of their own in 2010 on Universal Motown Records, which included contributions from Josh Eppard (Coheed & Cambria, Weerd Science) and Andrew "Andy" Jackson (Hot Rod Circuit.)


In addition to Taking Back Sunday, Eddie Reyes has played with everyone from The Movielife to Gnarls Barkley—he played acoustic guitar on both "Crazy" & "Just A Thought!"—and has now, formed his own band, Fates Got A Driver. Coincidentally, both The Color Fred & Fates Got A Driver (sometimes, Fate's Got A Driver) released "new" music semi-recently: Fate's Got A Driver self-released their debut self-titled EP in 2018 and The Color Fred released their first new song in 10 years, "Don't Give Up On Me," this past May. Just yesterday, it was announced that The Color Fred & Fates Got A Driver will be embarking on a brief 3-day stint together next year, billed as "IRRATIONALLY IMPASSIONED NOSTALGIA... EMO NIGHT." Said shows will take place on January 23-25, 2020 in Easton, Pennsylvania, Asbury Park, New Jersey, and Amnityville, New York, respectively. Each night's festivities will include full band performances, something called "Emo Karaoke," and DJ sets from both Fred Mascherino & Eddie Reyes. It appears as though, both The Color Fred and Fred Mascherino's other, other band, Terrible Things, are currently working on new music. Tickets for The Color Fred & Fates Got A Driver at AMH (1/25/20) are currently on sale, via Facebook Events, and it's assumed the other two Emo Night dates will go on sale soon, as well.


"Former [Taking Back Sunday] bandmates, Fred Mascherino & Eddie Reyes have re-connected and teamed up for their very own rendition of Emo Night. They'll be taking their show on the road in January 2020 for a few dates that will include stops in Amityville (NY,) Asbury Park (NJ,) and Easton (PA.) The festivities will include DJ sets, Emo karaoke, and performances by The Color Fred & Fates Got A Driver. "The Color Fred played an Emo Night that our friend, Jon, runs in Pennsylvania and we had a blast," explains Mascherino. "He was spinning all of the bands that Eddie & I use to play with, so we thought it would be fun to do it in other places and have Eddie's band help make it even more fun."

The Color Fred is an Indie Rock band headed by former Taking Back Sunday guitarist/vocalist Fred Mascherino. Bend to Break, The Color Fred's first full-length album, was released on October 30, 2007. The album hit #8 on the Billboard Heatseekers Chart. The band toured throughout North America & Europe, playing with bands such as Dashboard Confessional, Angels & Airwaves, and Four Year Strong. They released an acoustic EP titled The Intervention for Record Store Day in 2009 and did a virtual solo acoustic tour in support of its release.

Mascherino, then, entered the studio to record LP2 and wound up collaborating with his friends, Josh Eppard (Coheed & Cambria) & Andy Jackson (Hot Rod Circuit) in what, eventually, became Terrible Things. The trio signed to Universal Motown Records, released their popular self-titled full-length, then, spent most of their time on the road supporting bands including The Offspring, Minus The Bear, Bayside, Circa Survive, and Streetlight Manifesto. Mascherino, then, went on tour playing bass in The Lemonheads and guitar for Say Anything. During that time, he was producing and co-writing with bands, eventually, building his own studio, Diver Down. In late 2018, Fred decided to close the studio to the public and start recording his own music again. Coming full-circle, the new material is being released as The Color Fred. The first song, "Don't Give Up On Me," was released this past May. More new material is underway in the studio and will be released in the near future." 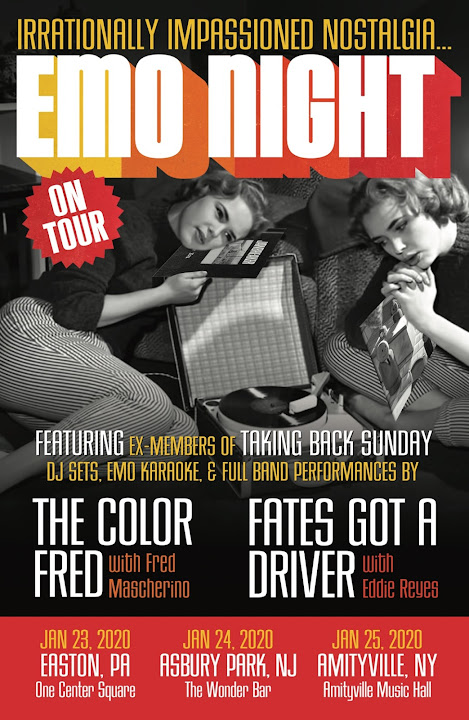 Posted by Matt Horowitz at 8:57 AM