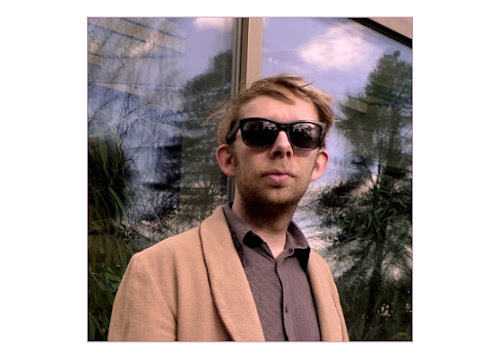 "Tomutonttu is a creature who looks after all the dust. Jan Anderzen is a Tampere-based artist who re-arranges images and sounds and makes the music of Tomutonttu audible. Read streams, mutilated voices, groovy animal noises, and records other people have made are some of the ingredients Anderzén uses to mold his ecstatic music. Someone described it like this: a confusing close-up of music, a microcosmos of strange sound events and dirt flying around in stereo space, interacting with a logic all of their own. Jan Anderzén is also the leader of the band Kemialliset Ystävät and one of the most recognized Finnish experimental music makers. He's actively performing around the world and his discography is a labyrinth reflecting the nature of his art," reads a BIO penned about Jan Anderzén (sometimes known as Tomutonttu) lifted from his band, Kemialliset Ystävät's site. Anderzén's unique blend of progressive instrumental music is a hard nut to crack, but I would almost best describe it as reminiscent of Ariel Pink's unique brand of Avant-Garde Psychedelic Pop mixed with the retro 8-bit bleeps and bloops of a dusty old Super Nintendo and a bit of innovative ingenuity... better yet, fittingly described by the good people at Stones Throw as an "Electro-Acoustic Elven Groove Collage;" with that said, here's a thorough—well, about as thorough as it gets—10-question interview conducted with Stones Throw/LEAVING RECORDS' latest signee Finnish multi-instrumentalist, Jan Anderzén.

I. “Jan [Anderzén] was commissioned by a classical music festival in his home town of Tampere, Finland to write some new music...” reads a fragment of Stones Throw’s recent TRARAT press release; how did this process lead to what would eventually end up becoming TRARAT?

Tampere Biennale invited me to write a piece of music for their festival. After having had a little break from all that, I immersed myself in sound again and spent the beginning of this year working on some new music. I came up with new approaches and adopted some new tools to reach the same old goals: to make music that would make fresh formations seem achievable, to make music that would surprise myself, [and] to make soundtracks to bonobo wet dreams. In preparation of this single show, I recorded a bunch of music that is now summarized in TRARAT. While at it, I also made a quilted backdrop for the performance, a trance flag, challenging the audience to a serious staring contest. [Editor's Note: Jan's hand-made quilt is embedded below.]


II. How similar or different were the writing and recording processes behind your two most recent albums, KEVÄTJUHLA ("Spring Celebration") and TRARAT? What type of instruments, recording techniques, effects, etc. were primarily used across each album?

KEVÄTJUHLA is a collection of tracks from various sources and a good example of how I recycle and re-work my music. Some of the tunes are studio versions of material I had been performing live solo and also with my band, Kemialliset Ystävät. There are sections built on top of a four-channel sound installation. That was the soundtrack to the HOME SWEET HOME exhibition I made with Lars Mattila for Titanik Gallery in 2014. Our show was about making peace with fungi.

I finished KEVÄTJUHLA in the beginning of 2015 and it was premiered as part of my solo show of the same title at Gallery Rajatila. There was an mp3 player hidden under a pile of dirt on an Italian restaurant-style table. From that pile a single Coleus was growing along the cables going to the speakers. Aptly/prophetically, the album got buried somewhere for a while, but it's due to come out soon on Luke Younger's Alter imprint later this Fall. 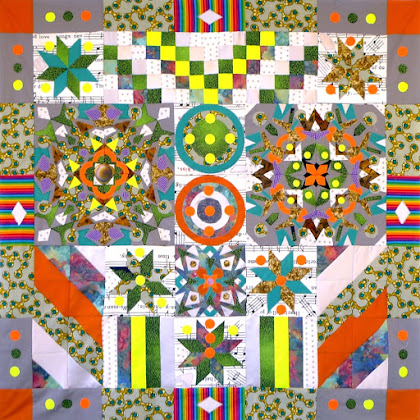 III. Now that you’ve aligned yourself with LEAVING RECORDS’ parent label. Stones Throw, could you ever see yourself recording a Hip-Hop-centric “beat” album? And if so, which sharp-tongued emcees from the label’s roster would you likely recruit?

My focus in music lays on in its potential as a non-verbal communication. I never set out to record an album of a predetermined genre. What I do is I gather together a good crew and try to secure inspiring surroundings, like if raising a child; I won't tell the muse to shut up. I will follow along lovingly and monitor what comes up. Having said that, who do you think would be the best voice to match my beats? She needs to be a true lunatic with a venomous tongue. [Editor's Note: to which I immediately replied, via email, "Guilty Simpson!"]


IV. Your work has been wonderfully described as “a detailed close up of music, a microcosmos of strange sound effects and dirt flying around in stereo space, interacting with a logic of all their own”- would you care to further explain how this best encompasses your recent body of work as Tomutonttu?

I don't know. I spent quite a lot of time watching the Olympic games this summer and I recently had this dream about a water sport previously unknown to me: unisex teams of four are holding each other's arms to form a circle. In this formation, they are diving into the ocean to “collect wisdom” of the sea creatures. It wasn't clear if this is one of those games where one team wins. Probably not.


V. How does your typical writing and recording process differ when recording with your long-time group Kemialliset Ystävät, your Time Breaking collaborator Sam Hamilton, or your solo work as Tomutonttu?

Tomutonttu is mostly me alone in the studio. A lot of it is me coming up with ways to make stuff happen by chance, creating situations and set-ups that generate unexpected results. The main tools are my set of ears. I'll listen very carefully and collect sound events that have some special glow and that I find useful. I will mix this material into audio cocktails that I will then proceed to throw at a wall. There's definitely no one single method of operating.

With Kemialliset Ystävät, the main thing is to make music together with other people. I keep developing compositional methods that loosely guide the harmonic and rhythmic qualities of the material people are kind enough to contribute. I like to think of a composition as a fantasy garden or ecosystem with its singular fauna and flora; a recording would be just one possible stroll in this space. Here too the process keeps changing.

Time Banking was a studio collaboration I made with my Kiwi [New Zealander] buddy Sam Hamilton, during a brief residency at the Extrapool in Nijmegen, [Gelderland] in the gentle guidance of Frans de Waard. Not to be confused with Frans de Waal, the ape scholar.


VI. For someone who may be hearing your music for the very first time (maybe even as we speak), how would you attempt to best describe your unique Tampere-based style of experimental music?

I usually don't try to describe my music for the obvious reasons: one, it's kind of hard, and two, why make something that you could also describe with words? I leave this for other people to stress about.

VII. How would you attempt to best describe the events that led up to your 2007 “Way of The Cross: On The Path of The Ninefold Muse” Tour and its companion Mind of The Dolphin album recorded with your fellow tour mates?

The Euro-tour van of No-Neck Blues Band had to be returned from Latvia to Belgium. An unlikely group of characters (namely Charles Berlitz, Razzle, Dog House, Buster, Ocean Woman, Orlando Magic, Baby's First Day, Monopoly Child, and Predator) were invited to take the [van] back. The mission was some sort of reverse crusade to re-paganize Europe?! I guess that's why not everyone brought extra pair of socks for the trip. We had a sand ear jam on an isolated Baltic beach, we almost got killed on the dark Polish highways, took turns reading “Dirt” aloud, played a couple of random shows, and had a session at VPRO. Later, I got a box of records in the mail. Mind of [The] Dolphin is a document of what went on and I'm listening to it right now, while typing this. It's not bad!


VIII. Would you care to briefly speak on your 2010 Alter split 7-inch with Oneohtrix Point Never? How did this 2-track release initially come to fruition and have you ever had a chance to meet 0PN mastermind Daniel Lopatin in person?

I met Daniel for the first time eight years ago, when his band at the time, Infinity Window played with Kemialliset Ystävät in a basement party in Jamaica Plain. In 2010, he invited Tomutonttu to tour UK for a few days with 0PN and the Alter 7-inch was made to celebrate that tour. We invented a fun car game that I was not very good at; we would try to make loops with a Kaossilator of all these different musical genres that our tour manager Chris Tipton was naming. I'm always excited to hear what Dan's been cooking.


IX. What might you have planned next, Jan—following the tandem release of your two most recent albums, KEVÄTJUHLA ("Spring Celebration") and TRARAT?

I'm in the middle of making another Kemialliset Ystävät album. It might be called SIIPI EMPII (= ”A Wing Hesitates”). I've received very exiting sounds from old and new music buddies. I'm in the middle of figuring out what to do with them. I'm looking forward to make some music together with defunensembe, who are a Helsinki-based new music group that includes a real harp player. I got some other projects planned too, but at this point, they're secret.


X. Do you have any current plans to reunite with your Kemialliset Ystävät band mates to record and release a proper follow-up to Alas Rattoisaa Virtaa (2014) or do you plan to instead, stick with Tomutonttu and your current solo endeavors?

At the moment, I'm working on that new Kemialliset Ystävät album I mentioned above. Let me use the opportunity to throw this out there: I would love to continue making large scale glass mosaic pieces. Don't hesitate to get in touch, if your spa area or city square needs some hardcore tile magic!
Posted by Matt Horowitz at 2:30 PM