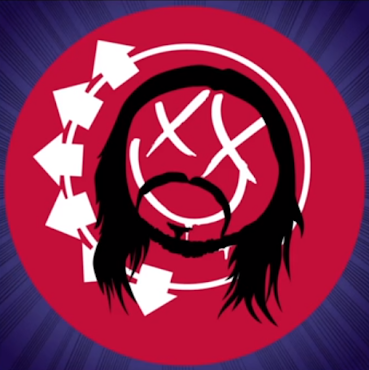 Let me first just preface this by saying: THIS WILL NOT BE A SUBJECTIVE PIECE... I've been a die-hard Blink-182 fan for as long as I can remember and I believe their Enema of The State (1999) and utterly hilarious live album, The Mark, Tom & Travis Show: The Enema Strikes Back (2000) were amongst my first CD's nestled within my barren Walkman CD wallet, alongside Alanis Morissette's Red Hot Chili Peppers-assisted Jagged Little Pill and Mariah Carey's Daydream (which I believe featured her Ol' Dirty B*stard-helmed "Fantasy" Bad Boy Remix). It always felt as though a Blink-182 or Blink-related side project like Box Car Racer, Transplants, Angels & Airwaves, (+44), short-lived Hip-Hop super-group Expen$ive Taste, etc. released an album almost every summer from 8th grade all the way through my college years; a sentiment that even rings true for the reunited California Pop-Punk band's latest Neighborhoods (2011) and appropriately titled Tom DeLonge-less California. Now, it depends who you ask, but following a brief 2009-15 stint back with long-time bandmates Mark Hoppus & Travis Barker, DeLonge either quit or was fired from Blink-182 between their Christmas 2012 Dogs Eating Dogs EP and California, which now features newly-added guitarist and vocalist Matt Skiba of Alkaline Trio fame. I'll be the first to admit, California is a surprisingly great Blink album—far better than anything myself or anyone else had likely ever expected, especially after their self-titled "final" album (2003) and lackluster phoned-in Neighborhoods.


"So stoked to have Steve [Aoki]'s remix of "Bored to Death" released to the world. We've been talking for a couple of years about collaborating on a track together and all of our schedules finally aligned. He came to the studio we were recording California in for a couple of days, bounced some ideas back and forth, and he took the song back to his studio and worked his magic there. I really dig what he did with the track, took it to a whole different place. He's at the top of his game and we're proud to have a song in his arsenal. Steve is one of the most talented and hardest working artists I know, and approaches everything with a sense of joy and excitement. Cake me," Blink-182 frontman and bassist Mark Hoppus recently revealed to Rolling Stone. Aoki's "Bored to Death" Remix is only the second Blink-related remix I've ever come across in all my years on fandom; second only to James Guthrie's 2004 Down maxi-single-featured remix of "I Miss You," as well as "Feelin' This" (Hemsworth Sees Aliens Too Version). Steve Aoki had previously worked with Blink-182 drummer Travis Barker & Kid Cudi on "Cudi The Kid" and Barker's own Give The Drummer Some single, "Misfits." "I have played drums on some of his past remixes, and we have done live TV together as well. Any chance I can get to play with one of my brothers or have him remix something I have worked on, I am all for it. When "Bored to Death" came out, it just seemed like the next natural thing for us to do together," Barker told Rolling Stone. "BLINK-182 "BORED TO DEATH" (STEVE AOKI REMIX) OUT NOW LIMITED EDITION VINYL PRE-ORDER AVAILABLE STEVEAOKISHOP.COM," reads a note plastered across the screen at the end of "Bored to Death;" however, at the time of publication Wednesday morning, no vinyl pre-order is currently available anywhere on Aoki's site.
Posted by Matt Horowitz at 6:21 AM