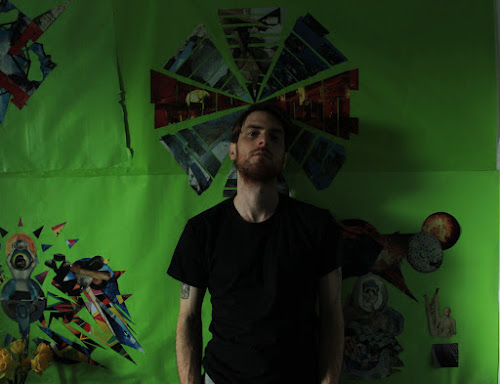 "I don't want to go into too much detail with this release, except for the idea that it was made in the spirit of a beat tape, even [though] it's not traditionally a "beat tape." Meaning, it's a hodge-podge of random stuff that is sequenced and edited to be able to enjoy as a little journey. And it is also an excuse to use these [CHILDREN'S TALKING BIBLE] cassettes I had and make some art. The term "SUPER BASIC" is a bit of commentary on the state of our world right now; this super-mechanical, very stagnant status of things," Berlin-based beat-maker and multi-media artist Walter Gross told The Witzard within a recent email. SUPER BASIC is a companion piece, of sorts to Gross' March 2017 Black Box Tapes-released cassette, VESTIGE and he'll be the first to tell you why it was released so soon after its predecessor: "Rent. I need rent money!" SUPER BASIC was made in true 1980's Golden Age Hip-Hop mixtape/beat tape fashion: 50 super-limited edition copies with one-of-a-kind hand-crafted Burroughsian "cut-up" slipcase covers, re-dubbed over THE CHILDREN'S TALKING BIBLE cassettes and last, but not least, artistically splattered with florescent pink and blue paint. SUPER BASIC is also available digitally, for those who might not be able to snag one of the super-limited 50 cassettes, before they're all gone; although, as a slight buying incentive, "the tape version contains a bonus secret song not available digitally." It appears as though SUPER BASIC's three versions consist of 10-12 tracks created around the same time as VESTIGE that could very well be deemed "bonus tracks" to that very album themselves: left-overs, unfinished song ideas, B-sides, post-VESTIGE compositions, and a FilthyBroke Recordings comp. submission all recorded between 2015-17. SUPER BASIC sounds like the woozy, free-spirited slightly more loose red-headed stepsister to Walter Gross' VESTIGE.


Where were you on the afternoon of May 23rd between 12:04 and 1:36 PM? Because Walter Gross (@waltergross) was on Twitter giving some short, yet insightful 140 character max commentary on his just-released SUPER BASIC collection and 6 of its 11 standard edition tracks (which I've transcribed below.) COMMENCE THE SHORT COMMENTARY: TRACK #1 "'Hierophant I:" I read the word not really understanding & then, it was spoken to me in a weird way by a Serbian gypsy... For me, personally, it's my favorite; it's a live remix of [album closer] "Hierophant II." Last year was insane and this song is my diamond bullet to it." TRACK #4 "'Timer" was also an accident recorded when I made "Naked Lunch." I like the bit with "The National Anthem" in it. One take." TRACK #5 "'Cookie [By The Sea]" was made for this Anti-Bullying comp. for @FilthyBrokeMJC using samples from Ron & Fez / Manchester By The Sea." TRACK #6 "'Dear Dirt Baz" continues the Dear Dirt McGirt tradition of mashing Wolf Eyes / ODB as a healing process... yet another installment of Dear Dirt McGirt / the quintessential collage of ODB / Wolf Eyes #RIPDIRTDOG." TRACK #9 "'Chip's Pile Driver" is from a beat on the Double Down Tour (now lost) using a Jim Norton / @ChipChipperson clip." "So, this concludes the commentary segment of this evening. Thanks for listening. Hope it finds your reality well and loud!" @waltergross signed off on 5/23. SUPER BASIC was entirely produced, processed, remixed, and re-arranged by Walter Gross in Berlin from 2015-17 and contains samples from Academy Award-winning film Manchester By The Sea, Ol' Dirty Bastard, Wolf Eyes, and Chip Chipperson. It's currently available for purchase on 50 hand-made re-dubbed cassette tapes and digital download from Walter Gross' extremely plentiful Bandcamp page. 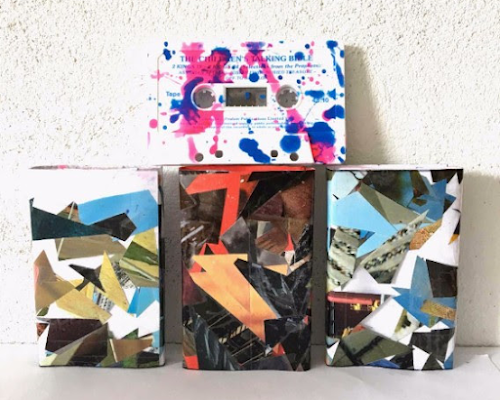