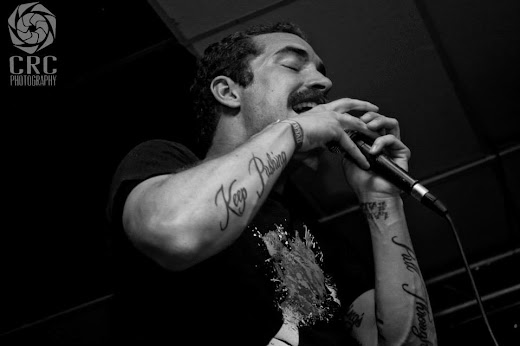 
WHOLE > SUM PARTS' second single, "Anima Mundi," was produced by fellow Long Islander DJ Second Nature AKA DJ BMO and intended as an "unofficial" remix to Gramatik's 2016 single of the same name featuring RusS LiQuiD. There's also, an extremely creative "Anima Mundi" music video directed and edited by yet another Long Islander, Chris Rodriguez. Bruce "AllOne" Pandolfo has quick become one of my favorite artists and one of the most lyrically tactful, expertly-mustachioed emcees I've ever personally encountered and it's great to get a glimpse behind his creative process! I'm, admittedly, a bit biased, but I would strongly recommend checking out The Witzard's comprehensive 2017 Dusty Dossiers-era interview with AllOne. WHOLE > SUM PARTS is currently available to purchase, stream, or download on AllOne's Bandcamp page with a thorough song breakdown, behind-the-scenes featurette, and "Anima Mundi" lyrics now available, via The AllOneNetwork.


"WHOLE > SUM PARTS is the third compilation to collect my scattered collaborative ventures with talented friends from around the country and give home to unreleased songs or fractions of songs. Some songs are unmixed and unfinished, but would otherwise go unheard—"Opening The Door" & "Colors" are two such songs—so, I've decided that "warts and all" is better than "never heard at all."

The collection's title plays with the phrase "the whole is greater than the sum of its parts," which I've adopted and interpreted as an apt description of what happens in the process of all true and great collaborations. I don't know if these songs are all truly great, but I know they're all greatly true and I know that it felt great to make them.

The timeline of these songs goes as far back as recordings from 2013 ("Within First...") and as recently as just a few weeks before this release in 2019 ("Adjectives.") I'm greatly indebted to the array of friends and admired talented artists who agreed to make projects with me.The songs were not initially intended to sit together, yet here they are, and here you are, sitting reading this. So here you are, I hope these songs sit well with you. Thank you for all of your support. All artist's roles credited to the best of my memory in each individual song."