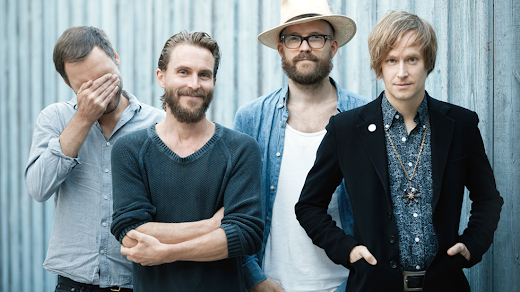 
Now, following their fourth studio album, Freedom (2015) and recent Official Swedish SCREAM TEAM TOUR with fellow Swedes, The Hives, Refused have re-formed as SAMURAI. "Oh, in between recording @refused and @invsn records, there's also this. This is a part of the new @cdpred game, @cyberpunkgame and it's pretty awesome. Check it out," @dennislyxzen further explained on Instagram. Cyberpunk 2077 is the next installment in the ongoing Cyberpunk/Cyberpunk 2013, Cyberpunk 2020/Cyberpunk V.2, and Cyberpunk V3.0/Cyberpunk 2030X series from CD Projekt Red, the Polish development studio behind the acclaimed Witcher video game series. Keanu Reeves will even star as Johnny Silverhand, the cybernetic-armed frontman of an in-universe "Chrome Rock" band, SAMURAI. Yesterday, CD Projekt Red & Refused unleashed their first proper single as SAMURAI, "Chippin' In," from a planned EP's-worth SAMURAI's "Greatest Hits." Cyberpunk 2077 will become widely available across multiple consoles on 04/16/2020 and Refused & INVSN are, supposedly, both actively working on new albums, as well.


"I know for a fact there are a lot of fans of the band at the studio, including Piotr Adamczyk, one of the composers working on the game, who came to me with the idea for this collaboration," says CD Projekt Red Music Director Marcin Przybyłowicz. "I'm very happy he did because the massive riffs, powerful drums, and hard-hitting vocals the guys from Refused deliver as SAMURAI have blown me away."

"Like us, SAMURAI is a group of rebels, albeit, in a different time and place," adds Refused's Dennis Lyxzén. "Working together with CD Projekt Red, writing music and song lyrics for Cyberpunk's Chrome Rock icon was fun, but, also, very different in the creative sense. It was an unexpected challenge that turned out to be right up our alley and really got us going. The songs turned out great and the game looks insane." 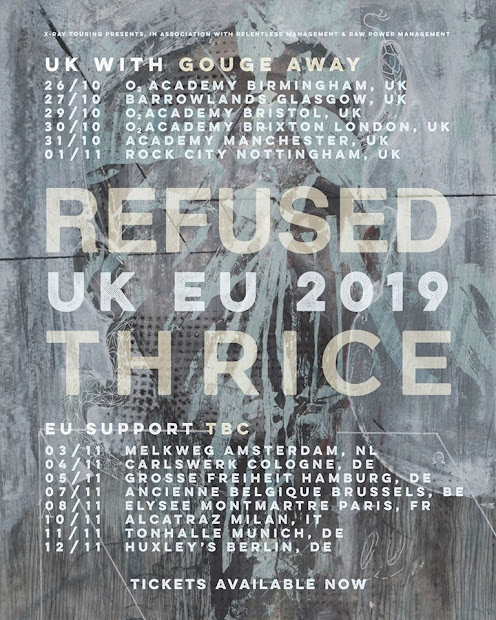