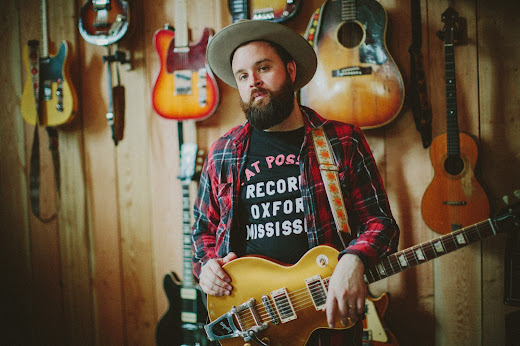 Leeroy Stagger is an Alternative Country singer/song-writer hailing from Victoria, British Columbia/Lethbridge, Alberta, Canada. Stagger has been steadily recording and releasing music since 2002's Six Tales of Danger EP and has toured with everyone from Hot Hot Heat to The Pixies, Modest Mouse to The Lemonheads' frontman Evan Dando. Leeroy Stagger has previosuly released music under the umbrellas of Easton Stagger Phillips, Leeroy Stagger & The Wildflowers, Leeroy Stagger & His Band, Leeroy Stagger & The Sinking Hearts, and most recently, Leeroy Stagger & The Rebeltone Sound. 2017's critically-acclaimed Love Versus was touted as a "re-emergence after a years-long fog of anxiety and depression" and featured contributions from drummer Pete Thomas, guitarist Paul Rigby, keyboardist Geoff Hilhorst, and Stagger's long-time bassist Tyson Maiko. Now, Leeroy Stagger has returned with the announcement of his second album of 2019, Strange Path, following May's self-released Me & The Mountain. "Strange Path is the end result of a triple-album's worth of scrapped demos and a spirit-reviving retreat inwards," explains a recent press release from True North Records. "The name Strange Path applies as much to Leeroy's unexpected route from the [British Columbia] Punk scene to Southern Alberta singer/song-writer, as it does to the album's own evolution," it continues.


True North will be presenting Strange Path as an 11-track album and an accompanying self-help book penned by Stagger himself. Last night, we got our first proper sonic preview of Strange Path by way of Glam Rock-indebted single, "Strange Attractor." "Nothing is permanent when you really stop and think," says Leeroy Stagger. "The home we live in, the car we drive, the children we raise, the art we make, and the skin that we're in. It's not forever, it's barely real, and that's OK to me because I've been shown the truth of it all. In seeing that it's not that big of a deal, this has shown me how beautiful it all is. It's precious, impermanent, and beautiful. "Strange Attractor" is about the unseen nature of impermanence and the sacredness of the life we live." While Strange Path is, technically, a "solo" record, Leeroy Stagger, once again, recruited a team of his closest friends and bandmates including drummer Pete Thomas (Elliot Smith, Los Lobos,) long-time collaborator Tyson Maiko, Paul Rigby (Garth Hudson, Jakob Dylan,) Ryland Moranz, and Michael Ayotte. The album was, then, mixed by five-time GRAMMY winner Ryan Freeland (Ray LaMontagne, Bonnie Raitt, Rodney Crowell) and Brad Barr of The Barr Brothers shared producer's chair with Leeroy himself on four of the album's 11 tracks. Leeroy Stagger's Strange Path will become available on True North Records starting Friday, September 13, 2019.