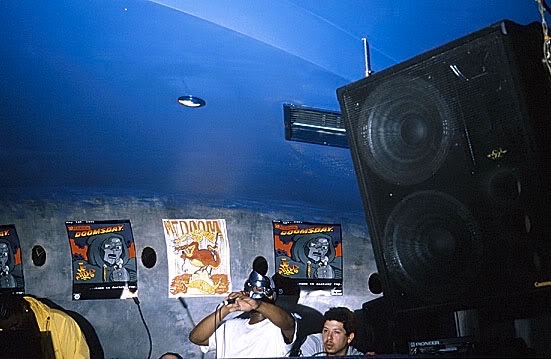 THE FIRST TIME I MET DOOM: It's weird telling this story about THE FIRST TIME I MET MF DOOM because I don't think I've ever spoken about it other than in-passing or word-of mouth, so sitting down to write about this, considering that he's gone, just has me all sorts of f**ked up. But just to get this G*ddamned year wrapped up and behind us, I'm gonna talk about this. It was April 30, 2001 and I had booked DOOM to perform at my party, The Remedy, at a small nightclub called Fluid in Philly. Now, understand that this was a BIG DEAL to me. Yeah, I had booked a lot of DJ's and rappers at my spot, but DOOM was special to me. He was special to all of us, I guess, in that manner. I had been a been a huge fan of his since [3rd Bass'] "The Gas Face" and, then, of course, when [KMD's] Mr. Hood dropped, it changed my world.


Don't even get me started talking about Bl_ck B_st_rds, yo... Just today, in fact, I was listening to "Plumskinzz (Loose Hoe, G*d & Cupid)"] and almost 30 years after it came out, it still strikes me as completely singular and unique. I swear on everything, I pulled out [KMD's] "Nitty Gritty" 12-inch today just to listen to this masterpiece. So, it was a huge thrill to have DOOM at my spot. I drove to Philly from Long Island that morning to pick him up from the airport. This was when you could go into an airport to wait for someone at the gate and I stood there patiently waiting for Daniel Dumile to disembark. After a few minutes, here he came, Daniel Dumile dressed to the nines wearing a straw boater hat and carrying a small metal attache case and with a huge smile on his face. The sweetest guy, legit, the nicest dude and so filled with curiosity about both me and Philly, in general.


I took him and his homie, Big Benn, who met him in Philly to get some food and to get them checked into their hotel and the whole time, it was so dope to be around this artist, who I idolized, who was, also, so cool and down-to-earth and just amazing. Told them I would pick him up for soundcheck and he wanted to make sure that I had the my portable CD player, so that he could rock off his instrumental CD and we set it up and everything was groovy and, then, we started the party and DOOM would come back later to lay it down. Party was PACKED and so much anticipation for DOOM to arrive. When he walked in the room, he was the same spirit that I greeted from off the plane and he was super-psyched to hit the booth and rock. The crowd was swelling in energy and he was ready to go on. 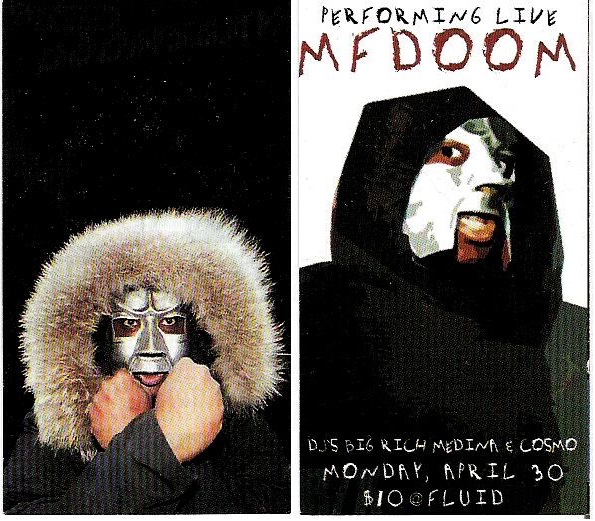 He, then, reached for the attache case, opened it up, and pulled out THE MASK, and put it on... INSTANTLY, Dumile was no longer there and it was only DOOM. Everything had changed. EVERYTHING. His energy, his speech, his demeanor, it was a magnificent transformation unlike anything I had ever seen. And he was truly DOOM, The Super Villain. Not... "evil," per se, but definitely malevolent and embracing all the energy the identity that the mask gave him and directing that back out to everything and everybody. I was trying to work the CD player and even I was catching the heat from The Super Villain for not being a competent enough soundman and getting roasted by DOOM in front of my own crowd in my own home because he was THE SUPER VILLAIN and it was all real. But he was ROCKING.


This was before [MADVILLAIN's] MADVILLAINY, so he was hitting everything off of Operation: Doomsday and he had the crowd in the palm of his hands, everyone knew every. single. word. that. he. rapped. At one point, he asked the crowd for a moment of silence for his brother, Subroc, and by and large, everyone respected that, but there were a couple cats in the crowd that were in town from Camden [New Jersey] and they started to heckle DOOM. DOOM decided to hit with the last song of the night, which was "Hey"—which he performed until it ended, at which point, he pulled his mask off in front of everyone, looked at [these] kids dead in their eyes and said on the mic, "HEY!" Then, he jumped out of the DJ booth and rushed right at them. 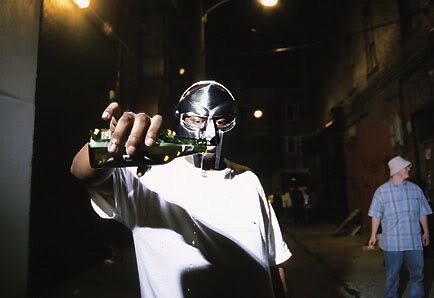 I followed him, not sure who got on the turntables, maybe, it was [Big Rich Medina]; it was a strange moment. But you know you gotta be captain of the ship and this was what was called for at the moment. Everyone piled downstairs to outside. When I got outside, DOOM & [Big Benn] were hemming up these Camden kids up in the alley and paying them back for the sincere disrespect that had been paid. DOOM utilized the metal attache case, smacking both the kids up until they ran. With these kids gone, someone passed DOOM a Heineken. He poured one out for his brother, Subroc. The next day, DOOM went with me and my man, Max [King Honey], to the studio to record a song.


Because of the adventures of the night before, he decided to re-do all his lyrics and he created the song, "Monday Night At Fluid." I think about how much this brother's words have affected me through my entire life. I'm just vamping right now, in my writing. I'm just freestyling. A picture of Subroc with a machete in his hands. Everything is going according to plan. Damn, now I am about to cry. Only in America can you find a way to earn a health buck and still keep your attitude on self-destruct. I FEEL SEEN. Okay, I can't do this no more. A better New Year, y'all. RIP, MF DOOM. 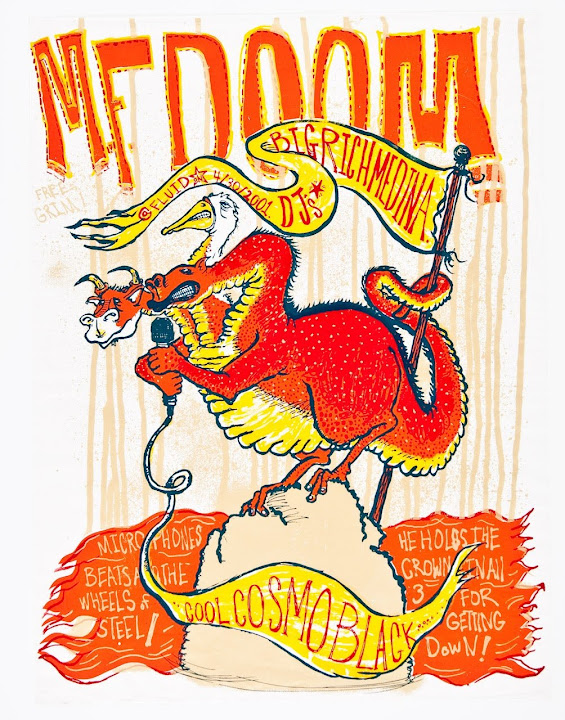