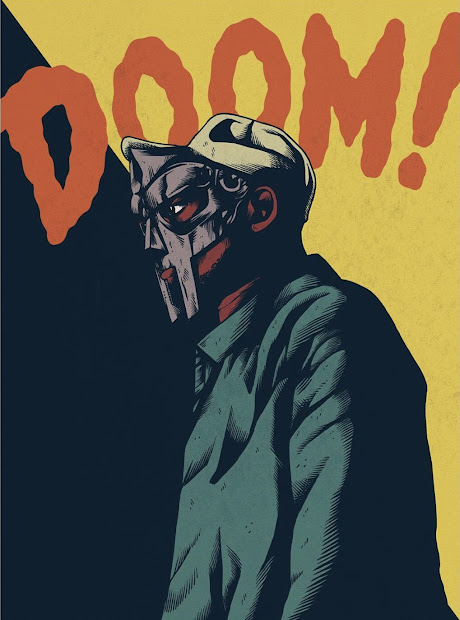 As tribute, Ron Gallo shares a remix of MF DOOM's "[GAZZILLION] EAR," along with this personal statement: "To date, I don't think an [artist's] death has hit me as much as MF DOOM and I did not expect that until it happened. That feels like the DOOM way—he's like a shadow lurking genius, a humble Kung-Fu master—grounded, calm, but could kill you in 10 seconds, in this case, left the body on Halloween of the most f**ked up year in memory and no one found out until New Year's Eve. This remix I did just kind of fell into place as a tribute; I had made the music track a few weeks ago and, then, realized his vocal from "[GAZZILLION] EAR" fit perfectly on top. I love the way it turned out. It feels like a whole new world than the original, like the sound of ascending and just wanted to share it. For me, MF DOOM is a taste thermometer. If you know, you know, if you like, I trust you. Not to say I don't trust anyone that doesn't (I probably don't,) but I definitely trust someone that does. Since a kid, I've been obsessed with words and wordplay, no rules, freeform, no grammar, sensical nonsense—no one to me has embodied this better."


"The first time I heard MF DOOM, it was [THE MOUSE & THE MASK] record and it was instant, it felt like what I was always looking for, if there was a perfect music. It was hilarious, it was surreal, it was Jazz, it was social commentary, it was sound collage, it was English language sonic visual art, it was insane colorful lyricism I could relate to as someone that falls asleep to common word choices, rhyme schemes, imagery. It was like finally physically walking into the universe I had in my head. I'm pretty sure "Crosshairs" has been on every playlist I've made for another person in the last 15 years. I have written pages upon pages upon pages of stream-of-consciousness while listening to DOOM; he unlocks a key in my brain, his rhythm opens doors where, suddenly, you are speaking in tongues. It's not common, music that checks all boxes, music that you want to be playing loud when driving through a city when people can judge you on 2-second increments in which you pass them by. I have a bunch of songs that are direct/indirect results of MF DOOM influence, maybe, you can find them now on second listen. Anyway, this is my homage to my all-time #1 and, in my opinion, one of the best ever users of the English language. Thank you. R.I.P."