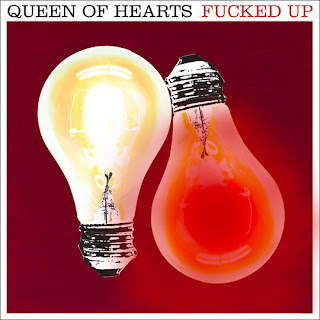 Fucked Up - "Queen Of Hearts"


Toronto-based Punk Rockers Fucked Up's upcoming album, David Comes to Life is a "Rock Opera" at heart. Here's the album's story in a nut-shell, as told by frontman Damian Abraham:
"It takes place in a fictitious English town, and it's about a guy, David, who works at a light bulb factory. He falls in love with this activist [Veronica]. She subsequently dies during an accident. You never really find out what the accident is because we couldn't think of it (laughs)... Then David's on trial. There's this prosecutor who was secretly in love with the activist but is also aware that he's in a play. Then it gets really heady and drugged-out." 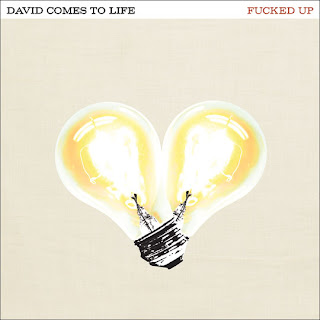 Fucked Up - "Ship of Fools"

David Comes to Life is slated for a June 7th Matador release. An interesting pre-order package is available now... "Buy Early, Get Now" is chock-full of EXCLUSIVE goodies and is going for the reasonable price of about $35. The remaining ["leaked"] teaser singles, "The Other Shoe" (1) and "A Little Death" (2), are also download-able online. And a list of Fucked Up UK/US Tour dates is available for viewing over @ The Matablog.
* Stay tuned for a future Witzard/Fucked Up collaborative post of some sort! - As I've recently been in contact with lead guitarist Mike Haliechuk (AKA: 10,000 Marbles, HIDDENWORLD).
Posted by Matt Horowitz at 8:20 AM