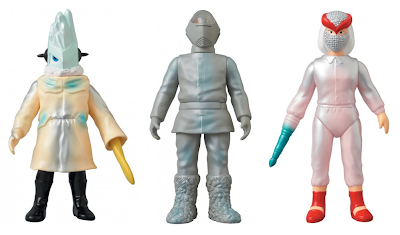 "The year is 20XX... UNDERMAN is the fictional hero whose single purpose is to rescue the souls of the people who have had theirs stolen by evil forces. Battling against sorrow of the "empty," soul-less world, UNDERMAN will not rest until the souls are won and returned." 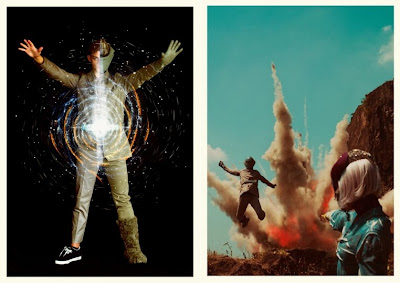 Undercover (Japan) has recently teamed up with "sophisticated toy brand," Medicom to produce a line of action figures. The 3 vinyl pieces are based off characters/costumes introduced within Undercover's [captivating] Spring/Summer 2011 "UNDERMAN" Collection. 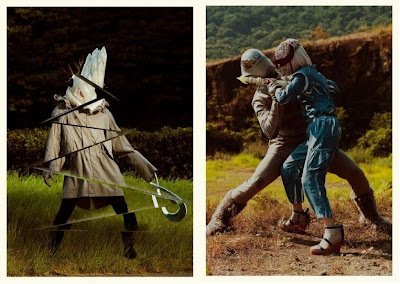 When creating the UNDERMAN Lookbook, Head Designer Jun Takahashi was heavily inspired by Japan's low-tech, underground masked TV superheroes of the 70's. The character would subsequently spawn... accessories ["Paperback Cluth" bag, zip-up boots, and a nylon/leather messenger bag], variously colored Wallabee-esque sneakers, black and white T-shirts short and long-sleeve, a mysterious book - "UNDERMAN: The Empty World," and striped caps.
Detailed images of all of the above-stated are just a few mere clicks away, over @ Highsnobiety. 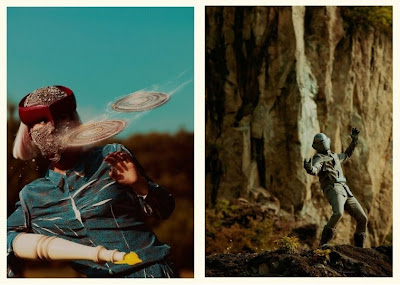 Posted by Matt Horowitz at 6:57 PM