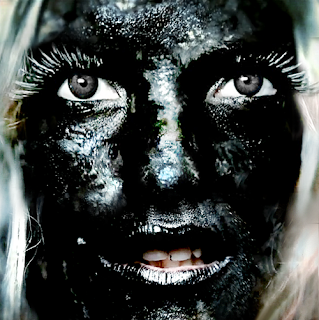 Right around the time of its [her] Winter 2009 inception, viral muse "iamamiwhoami" was Speculated to be the new alter-ego of Popular songstresses like Christina Aguilera, Lady GaGa, and Lykke Li. When the artist responsible for the handful of mysteriously creepy videos was revealed to be none of the above... But in fact Swedish singer-songwriter Jonna Lee and musician/producer Claes Björklund, the Internet went a frenzy.
Following the release(s) of a string of numerically coded "[animal] teaser clips," a set of legit [lettered] songs was slowly unleashed. Throughout the course of 2010, "b," "o," "u," "u-1," "n," "t," "u-1," and "y" were subsequently released as Amazon/iTunes singles. Internet-savvy fans should be able to locate an unofficial EP compilation of the tracks and their companion remixes - "To Whom It May Concern."


Upon closer inspection, it becomes apparent that this most recent release ["; john" *], is the first visual released by the iamamiwhoami Camp since "20101104" - a now deleted teaser, originally uploaded about 6 months ago... Sans that, the last legit song released was August 4, 2010's "y."
Surf on over to Jonna/Claes' iamamiwhoami YouTube Channel to view the complete collection of [clue-filled] videos and songs. A Nov. 2010 midnight show, dubbed "In Concert," can be downloaded in full from iTunes and similar retailers. Wikipedia holds a surprisingly in-depth batch of audio/visual-related riddle analyses, as part of their iamamiwhoami Page.

* "; john" has now been released as a digital single, as well... So, look for more new iamamiwhoami music to come to fruition shortly.