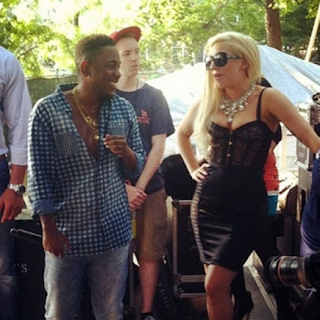 Anyone think Kendrick Lamar & Ab-Soul got a little confused?; because it sounds like they seriously think AWOLNATION's break-out single, "Sail" (2001) is new or something. It's also worth noting that AWOLNATION's original track is featured in a commercial for History's BADASS-looking Vikings show! ha. The Black Hippy/TDE soldiers decided to hop on what sounds like an on-the-fly "Sail" (Remix) for L.A. Leakers, who's DJ tags are littered all over it. From what I can gather, the tragically-named DJ sourMILK switched out most of the band's spaced out guitar licks for some slightly more Hip-Hop friendly drum hits. Take it away, Mr. Lamar: "I'm warning you though, if you love me you never go wrong / We can explore heavy feelings of breathing in Mother Nature's air / Feelings of knowing I'm rather rare / But there's a reason for all of my madness, the gladness I am that your here."


Fingers crossed that a re-released tag-less version comes out sooner than later, but until then... There's the [sub-par, might I add] "Bitch, Don't Kill My Vibe" (Jay-Z Remix) that was unveiled earlier this week. But in all reality, Jay-Z's remix is only 1/2 as good as it's, excuse my French, f**king awesome companion black-and-white Michael Jordan & Kobe Bryant-featuring cover art. The only weirder musical pairing I can think of in recent memory is that Passion Pit/Juicy J remix. If nothing else, both AWOLNATION & Black Hippy are made up of wildly creative 20-30-somethings hailing from Los Angeles, CA. If you haven't already, scoop up copies of these dudes' recent genre-blending albums: Megalithic Symphony, good kid, m.A.A.d city, and Control System. I'd expect to see a "Bitch, Don't Kill My Vibe" (Jay-Z Remix) get a major music video/radio single push within the next month or so, too.

Posted by Matt Horowitz at 2:46 PM