But We've Got The Luck of a Kennedy: Vampire Weekend - "Diane Young" (Saab Stories) 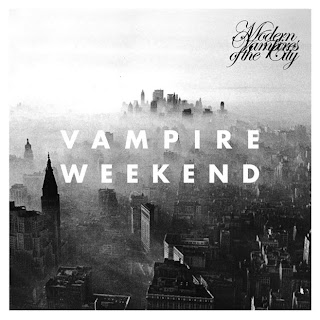 Vampire Weekend successfully managed to engage car enthusiasts nation-wide after torching 2 Saab 900's for use in their "Diane Young" [promo] video; It's unclear what kind of condition the cars were in when Vampire Weekend's team acquired the used vehicles. The Internet-savvy gearheads @ Jalopnik even penned a heated article titled "Vampire Weekend Are a Bunch of Dicks," which essentially calls out the band. Refuting claims that the 2 Saabs were sold under sketchy circumstances and "torched like a pile of leaves," frontman Ezra Koenig blessed Spinner with quite a few choice words/quotes: "I want people to understand that we do respect cars and the last thing we want to do is to fuck up a collector's item or something like that. Hopefully people believe me when I say that our record label was trying to purchase the cheapest, oldest cars possible; They weren't trying to buy a beautiful perfect condition car."


Koenig then continued, "If the people selling their cars felt misled by the production company that bought them... of course if we had been there, if we had been a part of it, we would never lie to somebody just to get a car -- We could have easily found something else... From what I understand, those old ones actually had a lot of electrical problems." But regardless, Vampire Weekend debuted 3 fairly-new Modern Vampires of The City tracks last night @ Canadian-based show QTV, which was just pushed back a week to May 14th. Around Dec. 2010, Ezra Koenig joked with MTV News that the new [then untitled] Vampire Weekend record was drawing inspiration from failed big-budget romantic comedies like The Love Guru, Bride Wars, The Rocker, Kate Hudson, and "Dwight" from The Office.
Posted by Matt Horowitz at 6:00 PM