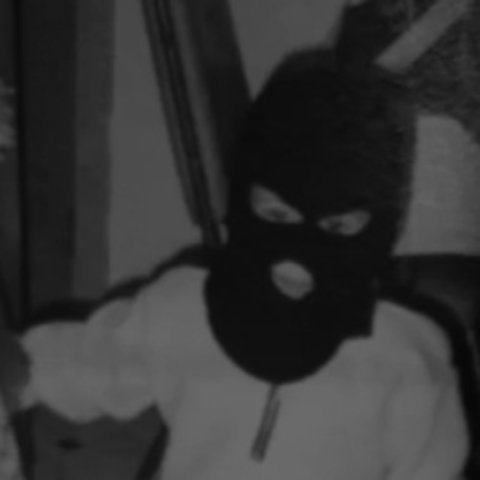 It was Winter 2013 and "Thrift Shop" was still rapidly rising through the ranks of Billboard's Hot 100 chart. I'll never forget the first time I met Jason Brown, it was up in the Shop Rite break room and said, "what's up, Macklemore?" I don't think it was in a particularly nice way, but regardless, we still became friends. I worked as a baker and Jason was checker at the front-end registers and eventually, worked his way back to frozen foods department. I soon learned about Jason's rapping alter-ego, "Jason Brownies" and he, knowing I ran an online music publication, was constantly passing me CD-R mixtapes and hand-made cassette tapes of his musical musings. He eventually hung up his "2 turntables and a microphone" in exchange for fuzzed out Garage Rock guitars and lush Indie Rock-minded melodies and formed solo projects/bands Bear Faces and Sapwood, which both still appear to be active, in one form or another. Bear Faces recorded and released four EP's between 2015-2017 with their latest, Impulse Control, being released as recently as February 3, 2017.


Sapwood, on the other hand, feverishly recorded and self-released a staggering five full-length albums and two EP's—Does Anything Last? quietly released on September 10th—all recorded at Brown's home studio, The Shed. Sapwood's Bandcamp page additionally includes a string of pre-Sapwood releases simply attributed to "Jason Brown." Sometime in-between these various releases with a rotating cast of friends and players, Jason Brown unleashed a #RARE Shop Rite-only beat CD-R as "Hood Vermin," a short-lived DOOM/Viktor Vaughn-esque production alias and two mini-albums from his Experimental band, Todo Rosa. Now, it's a number of years later and I work for a local county government office and Jason stocks bread amidst the shelves of Shop Rite and other local vendors; we still stay in touch, frequently talk music, and go diggin' for records once in a while. Jason Brown formed his latest solo venture, Ear Nail, in light of recent events going down in Washington and unfortunately, across The Nation. Ear Nail draws stylistic influence and inspiration from Black Flag, The Misfits, Iggy & The Stooges, and Minor Threat/Fugazi, as well as predecessors Bear Faces and Sapwood, naturally. Ear Nail's roaring debut single, "Head of State," is currently available to stream on Bandcamp and an EP is currently in-the-works. I'll just let Jason Brownies take it from here...


"'Ear Nail" was some dumb joke from that 1,000 Ways to Die In The West movie. My dad said I should name my band that and I was [like] "holy sh*t, that actually would be cool!" I've been listening to nothing but Black Flag (Greg Ginn is an animal on guitar and he is my spirit animal) and The Stooges' Fun House album lately. Stuff like Sex Pistols and Dead Kennedys, too. I wrote some songs that are anti-Trump, anti-nazi, and anti-cop a while ago and thought that "Ear Nail" sounds like a Punk enough name to carry out that message; so, I finally recorded "Head of State" and it came out exactly the way I wanted it to. "Head of State" is about wanting Trump's head on a stake. I played and recorded all the instruments on my 4-track machine and had my friends do backing vocals. I'm working on some new songs [this week]. I'll probably make three or four more songs to add to that and call it the Head of State EP or something."

Posted by Matt Horowitz at 7:18 AM