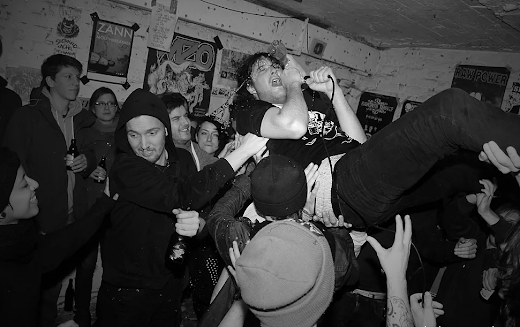 "So, my background is rooted in touring Hardcore/Punk and guitar music: Bastions, [Portrait of A Lifetime,] and My Project Ghost. Grew up listening to everything I could get my hands on at Our Price & Woolworths. Did you guys have those stores? I discovered independent record stores in my teens and just absorbed EVERYTHING I could get my hands on. Loved the immediacy of Punk & Hardcore; saw that style of music sharing the same fire that Hip-Hop & Electronica have, [ie:] Doormouse, Wu-Tang Clan, Venetian Snares, etc."

"Just floored by the flawless delivery and syncopation of the rhyming couplets in this. I learnt you could create that same energy that a full band has with a lot less instrumentation."

"Less is more, textures, nerding out on a production level, imagining how that was created, and subtle synth tones (3:03 is nuts!) When all you have is Reason 2.0 and Cubase Lite [LE] and you hear this, it inspires you to do better."

"When I listen to this track, I lock in so tight with the movement, rhythm, and energy. The ability to be educated in the craft, whilst being told a story is effortless. Obviously, DJ Premier (Gang Starr) is a beast on the production; I learnt how to balance the kick [drum] and snare off of this track."

"Instant fury, exactly what I needed in my 20's being pissed off at the world. The vocal delivery shaped my ethos: what you say holds weight, how you deliver that bolsters your point. I have a long-standing love for D-Beat, so this hit a spot in my head that stuck."

"Everything I wanted to deliver live, this Digitised [Digital] Hardcore that meshed styles with their own unique identity."


Sleep Beggar is the latest recording alias of Holyhead, North Wales-based musician, producer, and multi-instrumentalist Jamie Burne. Sleep Beggar's music is, according to Discogs, a sonic melting pot of Hip-Hop, Rock "N" Roll, Punk, and Hardcore-leaning music. Prior to devoting his efforts to Sleep Beggar full-time in 2013, Jamie Burne's past musical endeavors included Bastions, Bone Cult, Miss Bridget Walsh, My Project Ghost, No Omega, and Portrait of A Lifetime. Burne has either toured both State-side and across his native Wales, UK with the likes of Carl Kavorkian AKA MANIKINETER, JE DOUBLE F, TEETH CRACK, Moonbear, Three Day Millionaires, Highlights of Our Modern World, Los Muchachos, and Bonzai Massacre. Since 2013, Sleep Beggar has released a full-length entitled Depression Tactics, Fertile Ground & Me Leaving Me EP's, and a 2017 stand-alone single called "Fixing Other People's Problems," as well as split EP's with both JE DOUBLE F & Mary Fields.

Now, Sleep Beggar has returned with his first proper release of 2019, by way of his 5-track Deep Mystic EP. It was, actually, surprise released on New Year's Day and was then-described by Jamie Burne himself as "an EP I wrote throughout it all" with artwork designed by Highlights of Our Modern World (or @HOMWuk.) Lasting a total of less than 20 minutes, Deep Mystic, interestingly enough, starts off with a stripped down Henry Rollins-esque spoken word track entitled "Sunder;" it then, transitions into four more tracks, which saunters through a wide variety of genre-eschewing styles including Breakbeat, Hip-Hop, Electronic, Punk/Hardcore, Drum 'N' Bass, Industrial, and Noise-Rap. Sleep Beggar's Deep Mystic EP is exclusively available to stream or download on their Bandcamp page with a music video for "teaser" single "Fly Away" additionally featured on YouTube. 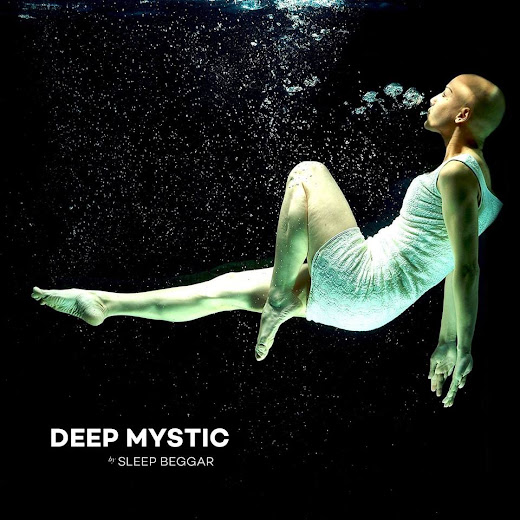 Posted by Matt Horowitz at 9:44 PM