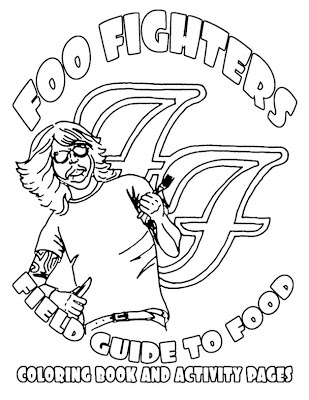 Dave Grohl is quite arguably the hardest working man in Rock "N" Roll, having laid down drum tracks for everyone from Paul McCartney to Nine Inch Nails. Grohl is a self-taught drummer/guitar player and high school drop-out who's most notable work includes playing with Nirvana, Foo Fighters, and DC Hardcore band Scream. He really isn't your average drugged-out, middle-aged Rockstar. Since Foo Fighters went on a hiatus in October 2012, Dave Grohl has been hard @ work on a number of interesting side projects; He'll be filling in as Queens of The Stone Age's temporary drummer on their upcoming album, might "get back together and do stuff" with Them Crooked Vultures, has been tirelessly working on his directorial debut... centered around infamous Sound City [studio], recorded a Rick Springfield/Foo Fighters track, playing that 12-12-12 Hurricane Sandy relief concert, and recently filled in for buddy Chelsea Handler on her talk show, Chelsea Lately.


Let's focus on "Dave Lately" for a few minutes: I guess Handler and Grohl became friends after he first appeared on her show a couple years ago and she asked him to do her a favor and fill in as a guest host, while she took a mini-vacation from December 3-6th. Dave Grohl managed to pen a pretty impress opening monologue, lampooned the day's celebrity happenings, played a few quick riffs and drum hits, and interviewed Ray Romano, which soon shifted to Grohl making out with Kid Rock's mom ... "She wanted to make her husband jealous, I think, and said, 'Dave, will you take a picture kissing me?' And I said, 'Sure!' And so I leaned in with this innocent, like, mmm, and before I knew it I was in her grips, just like, AHHH!" He's just enough of a celebrity/Hollywood outsider to make all of this mildly outlandish behavior oddly endearing and for what it's worth, Wasting Light (2011) was one Hell of a Rock "N" Roll album! Dave Grohl's long-rumored Sound City documentary should be in theatres nation-wide by Feb. 1st and look out for it's star-studded soundtrack, too.
Posted by Matt Horowitz at 9:55 AM