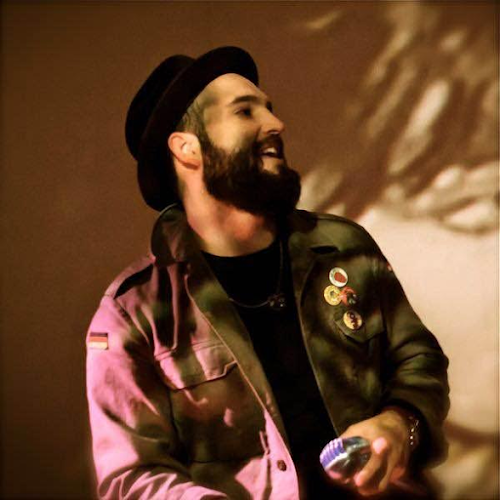 "My temple is half gun metal, other half Buddha smoke and coke sold to runnin' rebels, watch the devil," Philly-based emcee and writer Zilla Rocca ferociously quips within his latest Son Raw-produced throwback single, "98 Avirex Flow." Zilla shared a bit of information about its genesis and inception, via email:

"I made this song after listening to a lot of Scaramanga's classic album Seven Eyes, Seven Horns. I've always been a fan of Five-[percenter] Rap and I came up as an emcee in 1997-98, so I wanted to pay homage to that style. My man Son Raw sent me that beat probably 7-8 years ago and it always had that Raekwon/Terror Squad vibe to it. I never knew what to do with it, but I always wanted to use it. So, one day for fun, I thought "what would I sound like, if I wrote a straight up 1998 East Coast Rap verse?" There's some [Kool] G Rap in there, some Nas/AZ/Raekwon/Prodigy, and obviously, Scaramanga and Big Pun. I miss the days when a rapper would cram in 30 words per bar about being fly, being wise, and speaking slang I couldn't even comprehend. So, that's the birth of "98 Avirex Flow." Also, because I always wanted a black Avirex leather jacket, too like DMX used to rock!"

"10 years ago, I made a beat. This year, Zilla made a classic Rap song out of it. Listen to this 🔥," producer @SonRaw ecstatically Tweeted the afternoon of "98 Avirex Flow"'s release; that would place Son Raw's beat creation around 2007 and Zilla Rocca told me he's been sitting on it since about 2009. It's Zilla's first piece of new music this year (and arguably, one of the strongest Hip-Hop tracks anyone has heard in quite a while) and his first piece of new original music since The 5 O'Clock Shadow Boxers' 2015 album, No Vacation for Murder. Zilla has however, uploaded a whopping three mixtapes-full of remixes since No Vacation for Murder... ZR vs. QB: Zilla Rocca Remixes The Best of Queensbridge Rap (2015), Anything I Touch, I Bruise Vol. 1: Ten Years of Rap Remixes, and Anything I Touch, I Bruise Vol. 2: The Superior Foes of Zilla Rocca (2016). He's currently busy shopping a full-length album billed as Career Crooks with long-time friend and fellow Philly-based producer Small Professor, a project which can be properly previewed across their Sin Will Find You: The Collected Works comp. mixtape. Career Crooks' utterly awesome TINY MIX TAPES-premiered first official single, "Least Important Most Important" can be viewed above.
Posted by Matt Horowitz at 10:21 AM