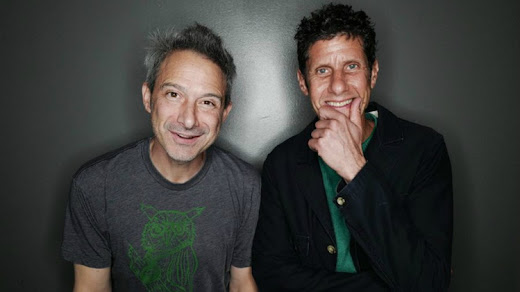 Beastie Boys' Paul's Boutique was released in Summer 1989 as the follow-up to their massively successful debut, Licensed to Ill, and although, it was essentially, a commercial failure upon its release, has gained a cult status in the years since. Paul's Boutique, to me, personally, has always been one of my favorite albums, since I first discovered it around the age of 15-16; it completely shattered my concept of what Hip-Hop "could" or "should" be and even broke the barriers of what a Hip-Hop group "could" do. "Looking Down The Barrel of a Gun" was reminiscent of The Beasties' earliest aughts as a New York City-based Punk/Hardcore band, initially, called B.E.A.S.T.I.E. Boys: Boys Entering Anarchic States Towards Internal Excellence. Unfortunately, Adam "MCA" Yauch passed away in 2012 following a years-long bout with cancer. It was later, confirmed in 2014 that The Beastie Boys would permanently disband, although, remaining members Michael "Mike D" Diamond & Adam "Ad-Rock" Horovitz "reunited" to pen a 590-page career-spanning memoir fittingly titled BEASTIE BOYS BOOK.


TT5BR (now known as Myrrow's Outlet) is a Dutch beat-maker and fellow Beasties super-fan, who pain-stakingly created a 2017 remix collection dubbed BB PB EP | Beastie Boys Paul's Boutique Extended Play. It featured his spot-on remixes of Paul's Boutique stand-outs "Shake Your Rump" AKA "SYR R," "Hey Ladies" AKA "HL R," "Looking Down The Barrel of a Gun" AKA "LDTBOAG R," "Car Thief" AKA "CT R," and "Stop That Train" AKA "STT R." To be completely honest, at first, I thought BB PB EP was a collection of unreleased Beastie Boys alt. cuts or remixes—seriously, that's how spot-on TT5BR's remixes sound! As many of you may recall, we published an interview with TT5BR right here on these pages of The Witzard back in 2018 with a phenomenal foreword penned by Beastie Boys: Paul's Boutique - A Visual Companion creator Paolo Gilli. It was published to coincide with the re-release of "SYR R" B/W "HL R" on both limited edition clear and standard black vinyl, which are still available directly from MyrrowsOutlet.com. Now, TT5BR has returned, nearly two years later, as Myrrow's Outlet—an actual store featured on the Paul's Boutique cover—with BB PB EP O | Beastie Boys Paul's Boutique Extended Play Outtakes.


It consists of eight out-takes, alt. versions, practice remixes, demos, try-outs, etc. created during the original BB PB EP sessions between 2015-19. "These just didn't make the cut back then, which doesn't mean I didn't like them; just that there were other versions that did fit the concept a little better," Myrrow's Outlet recently told The Witzard, via email. BB PB EP O features new/old versions and takes on "Shake Your Rump," "Hey Ladies," "Looking Down The Barrel of a Gun," "Car Thief," and "Stop That Train." It was a true honor to premiere an early snippet of "LDTBOAG BM" | "Looking Down The Barrel of A Gun Baltimore Mix" on The Witzard's Soundcloud page a couple weeks ago. Now, the complete 8-track version of BB PB EP O is currently available to stream, download, or purchase on a Name-Your-Price basis from Myrrow's Outlet's newly-minted Bandcamp & Soundcloud pages, as well as MyrrowsOutlet.com. As a life-long Beastie Boys fan, who's heard A LOT of remixes, I can confidently say BB PB EP & BB PB EP O are the most seamless, effortless, and most enjoyable Beasties remix collections I've ever heard "on a serious tip!"


"BB PB EP O: A lot of research and experimentation went into the process of creating our previously released BB PB EP. Before deciding on which samples to use for composing and arranging the final remixes a vast amount of combinations of loops were tried, resulting in numerous different versions of most songs. A selection of these try-outs, studies, and early demos are now made available as BB PB EP O. Recorded, mixed, and mastered: 2015–2019, Released: March 2019. Available as a free download or stream below... [the titles are] mostly related to working titles, vibe of the remix, or artist sampled. For instance, ["STT IYWE | Stop That Train] It's Your Watson," two of the samples used are "It's Your Rock" by Fantasy Three and a song by Johnny "Guitar" Watson called "Lover Jones.'"

Posted by Matt Horowitz at 9:22 AM