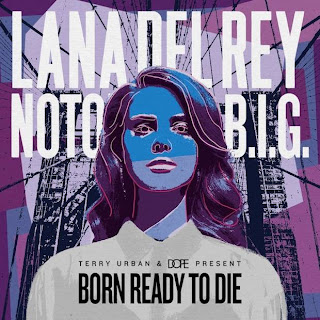 In my eyes, John Mayer is pretty much a d*ck, who's last memorable body of work was Try! (2005). Man, I lost a lot of respect for him after that slur-laden Playboy interview detailing his supposed "escapades" with Jessica Simpson, Jennifer Aniston, black women, etc. Plus everything post-John Mayer Trio has been under-whelmingly lackluster and honestly, that's pretty damn sad for such a talented guitar player. But I digress... John Mayer has partially redeemed himself with this recently unveiled cover of "Video Games." Here, Mayer can be heard re-constructing a riff-heavy interpretation of Lana del Rey's break-out hit. I guess John Mayer lost his voice [twice] and had to cancel some tour dates - Instant Karma! I, personally WILL NOT be picking up a copy of his new album, Born & Raised when it's released this upcoming May 22nd. "Video Games" however, appears on Lana del Rey's major label debut, Born 2 Die, which is now available for purchase.