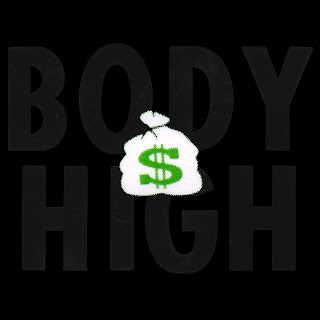 I've gotta admit, over the past 10-15 years, I've heard about a lot of new, emerging genres that quickly come and go: Acid Jazz, Dark R&B, Skate Punk, Nu-Metal, Dubstep, Instrumental Hip-Hop, Grunge, New-Wop, House, etc... But I'd never heard of "Jersey Club," until late last night. My first real exposure to Jersey Club music was presented by the good people over @ Ad Hoc (formerly Altered Zones), DJ Sliink/DJ Tray - "The Cypher." The brief Soundcloud description section details that "The Cypher" showcases the vocal talents of 4 largely unknown rappers... Tah Breeziiy, Stacks Cartel, Sean Sheesh, and Ant_Jacoby. I have NO IDEA how the fuck they manage to stay on beat so well, over-laid against that fiercely 2-3x BPM "mess" of a well-constructed Hip-Hop beat! ha


Unable to find a whole lot of background info on the mysterious, fast-paced Jersey Club genre, I sent a simple, hope-filled email over to the man himself. DJ Sliink replied back earlier this morning, while never having met or even interacted, he was more than happy to lend a helping hand... with some all-important info on his North Jersey-based crew/genre:

"Basically, Jersey Club is an off-shoot of Baltimore Club, but I think [it's] more intense. It's been around for over 15 years in NJ, if I'm not mistaken, maybe longer. I'm in a group called Cartel Music and that's how the cypher came about. We try to get in the studio [as] much as possible. The group has general friends, DJ's, producers, rappers, and stuff like that. As far as Jersey Club, the OG DJ Tameil got blessed from the people from Baltimore to bring it down to Jersey many years ago, along with DJ Tim Dolla."