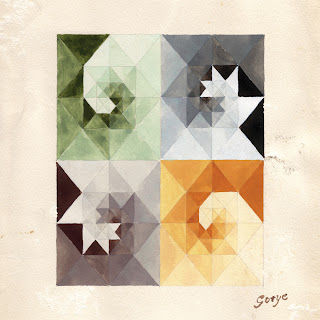 The more I think about it, it's really just a coming-of-age type thing that almost all of us go through @ some point during our mid 20-early 30's: admitting that an old friend/fling is now just "somebody that [you] used to know." And that sheer, simplistic candor is exactly what makes Gotye's similarly-titled 2011-12 break-out hit single so gosh darn relate-able! The quintessential track @ the heart of all this, "Somebody That I Used to Know" was only semi-recently knocked off Modern Rock radio charts by "Call Me Maybe;" Not surprisingly, there has to be close to 28,000+ fan covers and parodies uploaded to YouTube. A number of well-known Hip-Hop producers have taken a shot @ remixing "Somebody That I Used to Know" ... Chuck Inglish, Dice Raw, Sugar Tongue Slim, and DJ Tiesto. Making Mirrors, which is actually Gotye's third album, is now available for purchase/enjoyment on both sides of "the pond."

Posted by Matt Horowitz at 9:48 PM