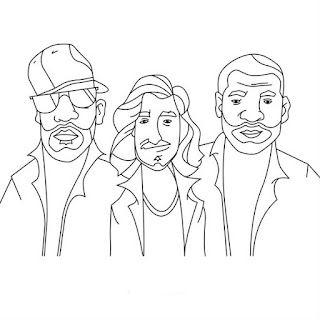 Asher Roth is hands down one of the most talented rappers in the game. But I feel like I always have to defend him because of his well-known semi-shitty single, "I Love College" and his scattered album release schedule or lack thereof. Roth is currently working on his long-awaited follow-up to Asleep In The Bread Aisle (2009), although I personally feel that his mixtape game is generally stronger. Not too long after Bread Aisle, I saw Asher Roth put on a show @ Club Roxxy (Philly); I'd somehow lost track of my friends by the time he got on stage, but I thoroughly enjoyed myself nonetheless. The second time I saw Asher Roth was yet another hometown show @ Milkboy on the tour behind Def Jam-backed mixtape, Pabst & Jazz (2011). My buddies Pat, Pauly, and I were essentially FLOORED when Roth came on stage with a full, Roots-esque Jazz band and effortlessly ripped through choice selections from Pabst & Jazz. Since signing with Def Jam a couple years ago, Asher Roth has released a string of disjointed singles and non-album tracks in preparation for his untitled sophomore album (formerly titled Is This Too Orange?): "G.R.I.N.D." " "Party Girl," "Wrestling Is Fake," "Last Man Standing," "Turnip The Beet," "Outside," etc.


Lately, Asher Roth has been mysteriously teasing something called #GEV2, which savvy Hip-Hop heads know presumably stands for The Greenhouse Effect (Vol. 2). It'll be the [also] long-rumored follow-up to Roth's similarly-titled pre-album mixtape with Don Cannon & DJ Drama. Preceded by a short 52-second teaser clip, "Numbers" was uploaded to Asher Paul Roth's plentiful Soundcloud page late Friday afternoon. Before a single syllable is even uttered, I'm already an instant fan of this because Asher Roth's successfully managed to flip one of the hardest hitting, not to mention Kanye/Don Cannon co-produced, beats of 2013, "Numbers On The Board!" Fully decked out in regulation Flyers gear and cleverly sub-titled "Game On!," Roth sluggishly stomps on-camera as blocked pucks are fired his way in exchange for quite a few righteous bars: "I'm a word's-worth, four score, some odd years ago / I appeared like a miracle, maybe you didn't hear me, dog... Only pause for long when I stand up and faze / Blonder than Dolly Parton that's in a Pamela phase." Hypetrak interestingly points out that The Greenhouse Effect was released 5 years ago this upcoming June 15th, so it might be safe to say that GEV2 could be arriving much sooner than originally expected!
Posted by Matt Horowitz at 10:10 PM