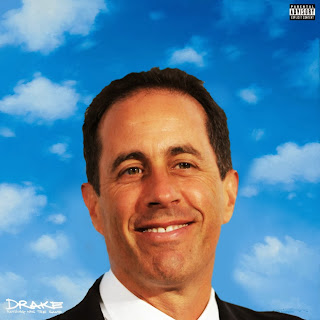 Right around Thanksgiving, one Aubrey "Drake" Graham made a pretty lofty promise to release 4-6 new tracks online before year's end; not unlike the four-song combo-pack released online nearly three months ahead of his latest album, Nothing Was The Same. The first in a series that's since been effectively dubbed New Year's Eve Anthems, "We Made It" is in fact a Soulja Boy freestyle remix, with a Kenny Powers-led intro: "The only thing I'm seeing I'd like to put an amend on... perhaps a little more room here for the fixinsssss!" It previously appeared on Soulja Boy's recent The King mixtape, sans Drake's added lyrical assist. Thematically, "We Made It" has a similar underlying tone to "Started from The Bottom" and Drake's unhinged fierce delivery seems to be cut from the same cloth as his former "Versace" remix. "Drake probably has almost an album's-worth of stuff recorded that he could put out at any time," OVO Sound in-house producer Nineteen85 told Vibe back in November. "Songs that basically are ready to go. And I'm not talking about throw-away records. I'm talking about finished songs that most artists would beg to have," he continued; likely alluding to non-album tracks like "Trophies," which should see a web-release any day now, as well as that long-rumored eight swordsmen-assisted "Wu-Tang Forever" mega-remix.

Posted by Matt Horowitz at 9:10 PM