Mediterranean Garage-Rock, via Israel: UBK - "I Got You" (Uri Brauner Kinrot) 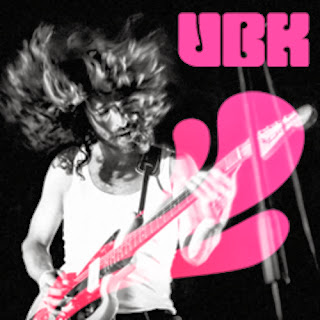 About a week ago, I got an interesting email from a woman named Emma, which started out with "I saw you recently featured White Denim [on your blog], and thought you might find UBK's (Israel) new music video interesting." Down towards the bottom of the message, it also lists his music likely well-suited for fans of The Black Keys, Hanni el Khatib, The Black Angels, and Classic Rock super-group Cream. Uri Brauner Kinrot (UBK) previously toured the world with a Balkan surf guitar-tuba-drums power trio and an infamous New York Punk band; his debut solo album, Ouzo Bazooka, is a stylistic "mix of East and West, Martin and Morrison [that] sends you on a psychedelic high, a journey in time and space." Lead single "I Got You" is a scorchin' hot, down and dirty Rock "N" Roll romper with companion visuals directed by Guy J. Bolandi, which follows a gaggle of beautiful women performing post-apocalyptic ceremonies on the terribly oblivious frontman. The self-contained press release cites it as "a requiem to loss together with a ceremonial phoenix leading to a great new love" and further elaborates that each ritualistic act symbolizes a different woman and a corresponding people: African, Mexican, Ancient Mayan, Aboriginal Australian, and Gypsy. Mediterranean Garage-Rocker UBK's forthcoming Ouzo Bazooka album will supposedly "send Hell's Angels dancing on table-tops, breaking plates, grinning stupidly, and ending up on the floor in a group-hug pile-up;" it's expected to see a February 2014 world-wide release, although specific release date(s) have yet to be pinned down. So, stay tuned and have a Happy Hanukkah, my friends!

Posted by Matt Horowitz at 9:02 PM