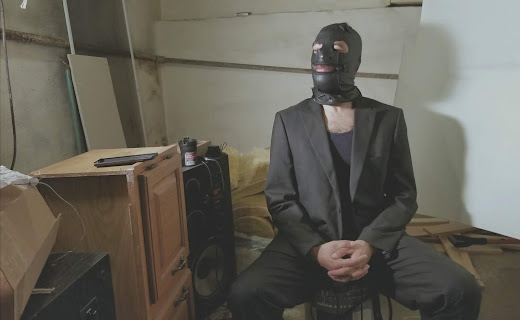 As many of you may well know by now, MANIKINETER is the Noise-Rap side-project of Philly's very own emcee, producer, graphic/web designer, Noise-maker, and frantic one-man band Carl Kavorkian. We here at The Witzard quite honestly, can't get enough of MANIKINETER's beautifully aggressive Punk/Hardcore/Hip-Hop-melding output and luckily for us, Not As They Do EP is Kavorkian's third MANIKINETER release in just two short years. While we're ecstatic to be premiering the music video for "Rockatansky Memoirs (The Big Nothing)" here at The Witzard; however, a few especially tech-savvy fans might have already been able to piece together the clip's URL from a series of cryptic Instagram posts shared by MANIK|NETER (@manikineter) just this past weekend:
"new 4ideo soon.... -," "n3w video soon... hidden," "new v1deo soon. cultmembermusic.com," "new video 5oon..... corridor," "new video 2oon.. /," and lastly, "new vid6o soon...... .html." "Rockatansky Memoirs (The Big Nothing)" is the second Dance-inflected Noise-Rap single lifted from MANIKINETER's recent Not As They Do EP, following quasi-precursory 'title' track, "Do As They Say." MANIKINETER's Not As They Do EP is now available to purchase or stream on Apple Music, Bandcamp, Soundcloud, Spotify, and like-minded digital retailers, along with 2017's Mannequin Eater and Missing EP's.


Not entirely unlike Carl Kavorkian's self-directed, written, produced, shot, and edited video for "Do As They Say," "Rockatansky Memoirs" is a rather stark, black-and-white clip arranged and animated together by the seasoned graphic/web designer himself. "Rockatansky Memoirs (The Big Nothing)" appears to be a reference to Max Rockatansky, the title character from the Mad Max series; Rockatansky was notoriously played by Mel Gibson in Mad Max, Mad Max 2: The Road Warrior, and Mad Max Beyond Thunderdome from 1977-85 and mostly recently, by Tom Hardy in 2015's six-time Academy Award-winning Mad Max: Fury Road. "Imagine Max Rokatansky AKA Mad Max with foot mashed on the gas, back pinned to the driver's seat, nearly floating over the dusty, wide open plains in his infamous Interceptor. After staring over the thinly dirt-coated hood and off into the distance for hours, his concentration starts to drift," Kavorkian explained to The Witzard, via email. "For 10 seconds, he loses all awareness of his surroundings—even, forgetting he's driving—and falls deep into thought about the nothingness that is his reality. Now, picture those 10 secs. stretched to 3 minutes and 28 seconds, set to music and paired with an animated collage-style video directed, filmed, and edited by Carl Kavorkian and you have "Rockatansky Memoirs (The Big Nothing)," he enthusiastically continued. 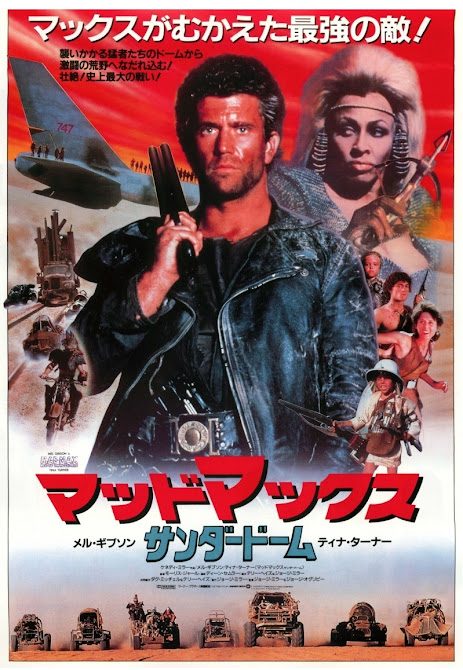