Sorry I've been a bit absent from writing here lately... but helping raise a nearly 1-year-old baby, along with studying for my Drone Pilot Certification Test, has been A LOT these past few weeks! However, today, we're produd to present to you the new joint EP from Philly rapper Torito and Baltimore beat-maker Jumbled. Music for The Rapture is a project that came out of a year of isolation from The Pandemic and from the sense of impending doom that, unfortunately, grew all-too familiar during that time. Torito & Jumbled have only ever met once in-person when Torito's tour stop took him to a Baltimore Chinese restaurant for a show that kicked off with (guess what...?) a Jumbled beat set. Since then, the pair have tediously pieced together Music for The Rapture with the shared mindset and restricted pace of working parents with young children. While only amassing four tracks in just under 10 minutes, Music for The Rapture is brimming with Torito's layered lyricism and wry commentary, which match the mood that Jumbled's instrumentals establish, even in their brevity.


Across the EP-opening title track, an accelerating church organ serves as the backdrop for Torito's opening barrage about a world pulled towards a bewildering and undeserved demise, before the beat suddenly switches to a Funky guitar and bass groove as resistance mounts against the forces pulling us towards that demise. Jumlbed even animated yet another D.I.Y. hand-crafted msuic video for "Music for The Rapture." "In The Future Everyone Will Be Wearing One" begins with a Princess Bride sample about wearing a mask—which Jumbled added to the beat as a clever nod to the bull mask that Torito sports when performing—only to have masks become part of our daily lives for the last 16 months. Over a bouncy bassline and soaring strings, Torito rhymes about people preparing for a future that may never come to pass and being unprepared for the one that does; about the misguided priorities of those who cling to the old order as their world collapses around them.


Next up, on "Pearls In The Slop," which boasts the EP's lone guest feature, ALASKA (Hangar 18, Cargo Cults, WORDS HURT) skewers the "buffoonery" of the American "sh*tshow" and tosses out his signature brand of wide-ranging cultural references over Jumbled's ominous Psychedelic guitar riffs. The hook envisions The Great Flood from the perspective of those who've made it onto the boat through no virtue of their own and those who've been unjustly left behind, while Torito's verse, half-grim and half-smirking, examines the various types of predation dragging us towards deluge. The EP wraps up with "Affirmative," as Torito seeks a more positive posture towards an unnervingly uncertain existence. Torito's usual punchlines, double entendres, and MF DOOM references still abound, plus, there's a newfound focus on trying to carve out his own path moving forward, regardless of what's happening around him.

Music for The Rapture EP was mixed and mastered by C Money Burns (C$BURNS,) whose extensive engineering credits include BRZOWSKI, BLUu Edwards (Curly Castro & Small Professor,) Cody Cody Jones, MC Homeless, ialive, Jesse Dangerously, and we are the karma kids. Cover art for this project was borrowed from Jack Chick, a controversial religious writer and illustrator obsessed with the idea of a Hellacious Apocalypse awaiting a world of unbelievers. His religious pamphlets, Chick Tracts, are filled with stark, disturbing "fire and brimstone" images designed to scare people into a clean, moral life, and prostration before Chick's idea of God. Torito & Jumbled have collaborated once before on a track called "Bubble Play"—inspired by the mouth-watering ice cream treat—for Jumbled 2019 summer album, August Heat. It's streaming digitally now, but will be released on a limited edition cassette tape tomorrow, July 2nd, on Bonding Tapes from San Diego with the instrumentals on the B-side. 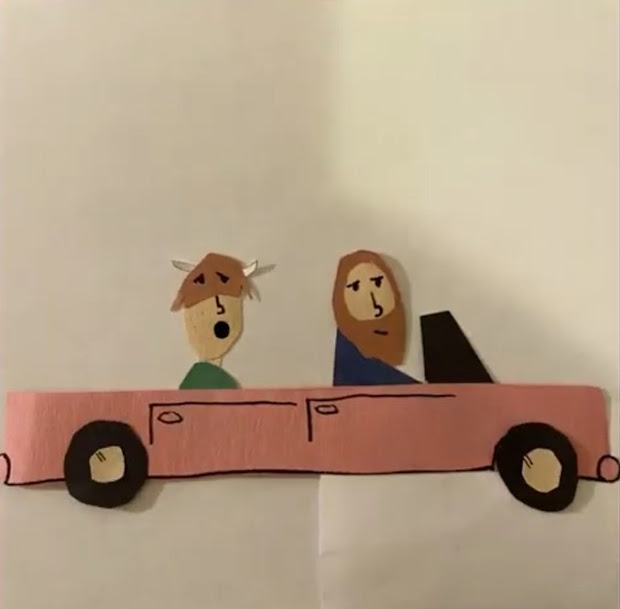