Where The Wild Things Are: El-P - "The Full Retard" (Coked Up Strippers Flip-cam) 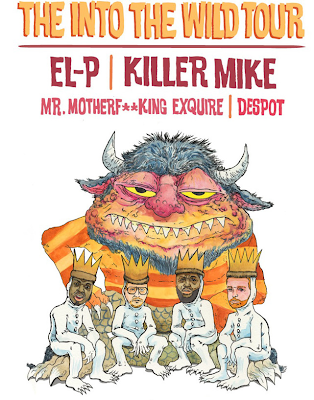 Lately, El-P's stream of recent output(s) have been pretty shocking, original, and un-apologetic ALL @ once... if that even fucking humanly possible in this sickeningly over-saturated marketplace! Much like his records, El-P's new music video, "The Full Retard" is painfully brash and almost uncomfortably in-your-face. In an attempt to defend his art, El-P recently described "The Full Retard" to Pitchfork: "Did I give a shit [if it's offensive]? Of course not. I don't care. It's a fucking joke, a Pop Culture reference. Even the context of that reference itself isn't making fun of retarded people -- It's people condescending to retarded people. I mean, honestly. Blow me."


Call it "offensive" or whatever you'd like, but Timothy Saccenti manages to direct a video that's equal parts jacked up and oddly appeal/endearing. Through out the course of "The Full Retard"'s plotline, El-Producto goes on a blood-ravaging four-wheeled rampage with his [squirrel] puppet friend, which was ultimately designed by Jeff Roberts. What ensues are assorted hi-jinx complete with beer, scrambled eggs, trash cans, sexual act[ions], "Mary Jane," coked up strippers, blood-stained flowers, oozies, etc. El-P's first album to materialize in roughly 5 years, Cancer 4 Cure is now available @ your local record store. Make sure to catch El-P and his singer-songwriter friends Killer Mike, Mr. Muthafuckin' eXquire, and Despot on the "Into The Wild Tour" through July 15th (Trocadero).
Posted by Matt Horowitz at 10:34 PM