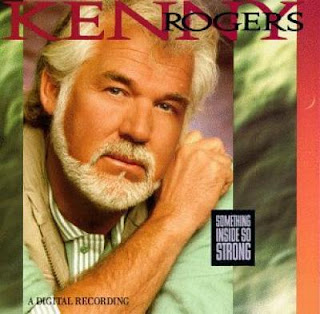 Guess what? Eddie Vender's got a "NEW" solo album out! No, not really; Just a cassette tape that's [been] unearthed from someone's Seattle basement of the Pearl Jam frontman doing originals and covers sometime in the late 80's, pre-Pearl Jam existence. Believed to have been recorded for a co-worker, this-13 track tape includes covers of the Kenny Rogers ballad, "Something Inside So Strong" and "Wonderful World" by Sam Cooke. It's not the first time early recordings from Vedder have surfaced that included some of these tracks (I've personally heard around 50 versions of "Betterman" prior to this collection), but the sound quality for this tape beats out most on the market.


How is it? Well, let's take into account the fact that at the time, Eddie Vedder and his previous band, Bad Radio, were doing live covers of the Red Hot Chili Peppers. Yes, Eddie Vedder covering the Chili Peppers, I'm talking about their 80's stuff, folks. "What The Funk!?" (Yes, that's the name of one of Bad Radio's songs found on this album). So, some of it is quite embarrassing and cringe worthy even to the biggest fan and probably to the man himself. Other sections showed the true potential Eddie had as a singer/songwriter. There are a lot of goofy moments here that fail because Eddie Vedder has a shitty since of humor. He would soon learn never to smile or laugh, if he wanted to sell any albums. If you're a casual Pearl Jam fan, you should probably skip over this but if you're a hardcore fan, like myself, give it a listen. It's no Into The Wild, but it's a Hell of a lot better than that piss-poor ukulele album; Amen!

Posted by Matt Horowitz at 5:41 PM