Nothing Was The Same: Jay Electronica & Jay Z - "We Made It" (Roc Nation Remix) 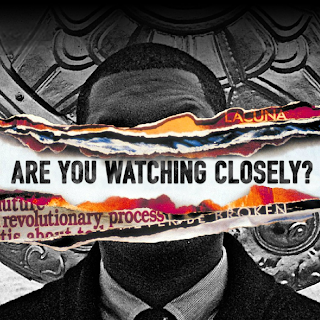 Under the cover of night, late Saturday night into Sunday morning, Jay Electronica uploaded a new track with label boss Jay Z, "We Made It." It's pretty crazy to imagine, let alone actually hear, Jay Electronica rapping over a beat initially laced up by both Soulja Boy and Drake, which ends up being his third track released in a month's time (more than 2012-13 combined). According to okayplayer, Jay Z recently asked Electronica which "turn up" [hit record] they should attempt to jump on and he suggested "OG Bobby Johnson," but HOV ultimately picked "We Made It" instead. While it was initially released as Soulja Boy's lead-off The King mixtape track, Drake further popularized "We Made It" during his Nothing Was The Same (2013) album roll-out campaign. Preceded only by rookie producer Purp Dogg's extremely well-played Eastbound & Down-referencing intro, Jay Electronica ferociously rhymes: "The devil, the haters, the bloggers, the papers, the labels, they labeled me / But they can't relate to our struggle, my [bleep], we came up from slavery / Apologies go out to all of my fans, cause they waited so patiently / This one is for all of the lost and forgotten black angels that prayed for me." Lest we forget, this isn't exactly the first time Jay Electronica has rapped alongside mentor Jay Z; they marked Electronica's 2010 partnership with Roc Nation by meticulously leaking "Shiny Suit Theory," one of my personal favourites, further assisted by The-Dream and Charlotte Gainsbourg. While nothing has or hasn't exactly been confirmed either way... let's just hope that Jay Electronica's apparent public re-emergence is an unofficial signal that Act II: Patents of Nobility (the turn) will finally see the light of day in the not-so-distant future!!!

Posted by Matt Horowitz at 9:14 PM