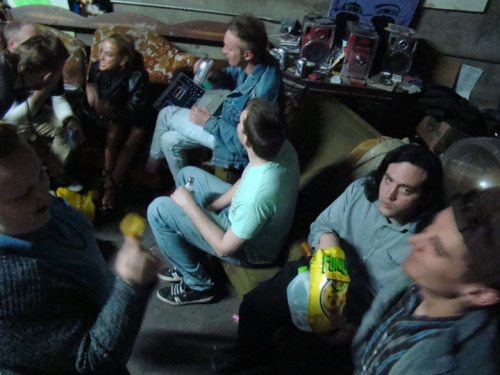 "Mind Moves The Mountain is the eleventh album from Baltimore's Height Keech. Reflecting on 17 years of DIY touring, the record asks what happens when your dreams lead you into parts unknown; what's down in the lonesome valley from the Folk songs? What happens when you venture out there and never come back?" Baltimore rapper-producer Dan "Height" Keech cryptically wrote within a recent emailed statement. Mind Moves The Mountain is actually parts 1-3 of a planned and since-abandoned EP trilogy, which started with Height's Unending Blaze, Vol. 1 EP and an accompanying nation-wide tour, which was released at the top of 2016. "After one EP and one tour, I realized this was all wrong. I sold out of my small run of CD's quickly (which is a good thing), but I sensed that my concept of a EP trilogy hadn't really made a dent in people's minds. I got this feeling that I was going to go in circles (literally and figuratively) to do this whole thing two more times—burning up money and time and mileage in the process—and that I would end up right back where I started," Height continued. Unending Blaze, Vol. 1 and its two abandoned companion EP's have since been fully re-envisioned into a cohesive "vinyl full-length," which is fittingly titled after Unending Blaze's lead-off track, "Mind Moves The Mountain."


Just this past Monday, Stereogum premiered the first official single, "Dead Rider Ride On," from Height Keech's newly-announced Mind Moves The Mountain—this excluding Unending Blaze, Vol. 1 EP/album tracks "Mind Moves The Mountain," "Gold Rush," "I'm Sure (Lights On)," and "Do The Always Change." Mind Moves The Mountain will be released on Height's own Cold Rhymes Records this upcoming April 25th; Bandcamp digital pre-orders come with an immediate download of "Dead Rider Ride On" and "VINYL PRE-ORDERS COME WITH A DOWNLOAD CODE FOR THE TOP-SECRET STRANGE LOOKS BONUS EP," as well as "Dead Rider Ride On" digitally. It's also worth noting that in addition to his musical output, Height runs a monthly podcast called Height Zone World, wherein he interviews and chats with fellow rappers, producers, and rising artists. New Height Zone World episodes are uploaded every Monday and generally include awesome Golden Age Hip-Hop album cover-evoking artwork designed by self-proclaimed "1/4 Amish cartoonist" Mike Riley (@itastesound). Height Zone World Episode 101 coincidentally, features Height chatting with recent The Witzard interview subject Darko The Super and his partner-in-rhyme, ialive about their forthcoming Return 2 The Hell Hole Store. I have to admit, Height sent me an advanced copy of Mind Moves The Mountain and I've only sat with it for a few days... but man, is it one brooding, cohesive album! 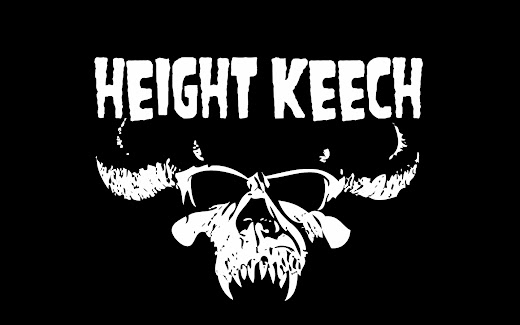