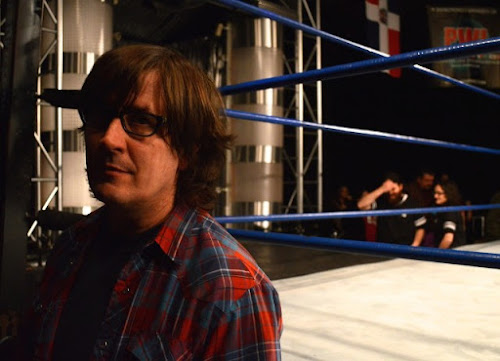 "I was joking around with Rian Johnson on Twitter and I was saying how there’s an urgent need to speak out about the many deeds of the ultimate Jedi who wastes all the other Jedi and eats their bones. Rian agreed, and told me to get to work, that the story must be told! So, I wrote the song and recorded it with a little help from my kids, who you’ll hear excitedly jumping in and out of the room while I work. Enjoy!"

The Mountain Goats frontman John Darnielle charismatically wrote within the band's on-site blog upon the Monday Jan. 30th release of "The Ultimate Jedi Who Wastes All The Other Jedi & Eats Their Bones." It all seemingly started when Star Wars: The Last Jedi writer and director Rian Johnson Tweeted "Excited (and relieved) to finally share this!" along with a link to an article dubbed THE OFFICIAL TITLE FOR STAR WARS: EPISODE VIII REVEALED; @mountain_goats (Darnielle) promptly replied, "my five-year campaign to sell Rian on the title "The Ultimate Jedi Who Wastes All The Other Jedi & Eats Their Bones" has come up short" to which Johnson enthusiastically quipped, "WRITE THIS SONG." Now, for a little bit of necessary backstory... The Mountain Goats and Looper director Rian Johnson go way back! Johnson's 2005 film Brick features a self-recorded song titled "Brain Hammer" attributed to The Hospital Bombers Experience, which makes reference to "The Best Ever Death Metal Band In Denton" from The Mountain Goats' 2002 album, All Hail West Texas. As legend has it, when John Darnielle noticed the thinly-veiled reference within Brick's closing credits, he immediately contacted Rian Johnson, who soon after directed music videos for The Mountain Goats' "Woke Up New," The Life of The World to Come live performance film/DVD, and an unreleased stop-motion treatment for "Wild Sage." The Mountain Goats' latest professional wrestling-themed concept album, Beat The Champ (2015) is currently available on Merge Records; Darnielle however, has seemingly written and recorded a Black Sabbath, Ozzy Osbourne & Randy Rhoads-themed follow-up that may or may not ever see a proper release. John Darnielle's second book, Universal Harvester: A Novel will become available this upcoming Friday, Feb. 7th on Farrar, Straus and Giroux.


"[Alright], so, I see that while I was doing a phone interview, some of you noticed this already but you may remember on Friday... I was joking around with @rianjohnson about his big Star Wars news, and the joke was "have you then rejected my song?"... whose title, at that point, just an of-the-moment joke, was "The Ultimate Jedi Who Wastes All The Other Jedi & Eats Their Bones." ... @rianjohnson responded, right here on Twitter dot com: PLEASE WRITE THIS. Who am I to turn down the guy who directed [Breaking Bad episode] "Ozymandias?" ... not me, not this guy. I set to work immediately. It is important that the world learn the truth of this Jedi. But where to host? ... I don't know if y'all know this, but a lot of people are into Star Wars. So, I wrote to @rianjohnson, and I'm like, here's the tune, right... and he's like, "Should I put it on my Soundcloud?" and I'm like, "rest up, do that on Monday!" ... so, here's the song. Enjoy!" 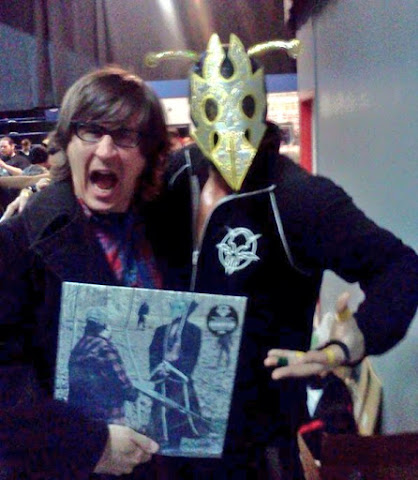 Posted by Matt Horowitz at 8:55 AM