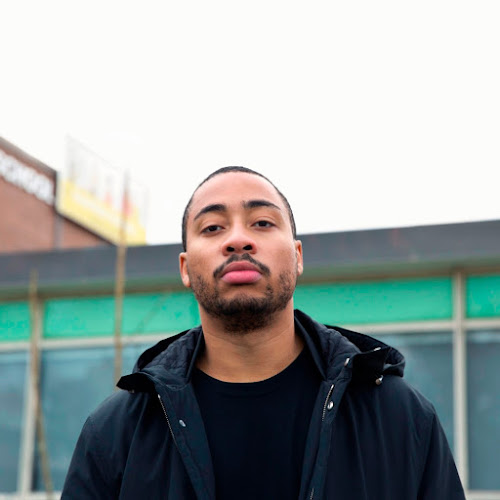 "There's a sense of personal freedom that's unique to Montreal and "My Crew (Woooo)" is a representation of that feeling... It's a song about defying the labels that people try to place on artists. Is it Underground? Mainstream? Conscious? Trap? Who cares, as long as it sounds dope," rapper-producer, acclaimed writer, and Edmonton's 2009 Poet Laureate Roland "Rollie" Pemberton (Cadence Weapon) wrote within a recent statement sent to EXCLAIM! Cadence Weapon is finally back in full form, after taking a nearly 5-year break following his last full-length album, 2012 Polaris Music Prize-nominated Hope In Dirt City. Pemberton made a few short-lived attempts at a proper comeback: first, with 2013 Jarrell Perry-assisted non-album single "When It's Real" and then, seemingly teased a temporary re-branding as "Rollie" throughout 2015 with Summer Cool Music Two comp. submission "Come See Me" and a featured appearance on "Deadline" from Techno-House producer Robert Robert's Not Self-Titled EP alongside Félix Noé. It appears as though, mere hours before unveiling KAYTRANADA-produced "My Crew (Wooo)" Thursday afternoon, Cadence Weapon logged into Genius to personally break down a few of his more complex, multi-layered lyrical schemes.


I personally enjoy this particular line and accompanying lyrical break-down best, so far: "Acting like Beefcake Brutus when typing on your computer" [Since the advent of The Internet, trolls and creeps have hidden behind a veil of anonymity to transform into Internet Gangsters and talk a bunch of sh*t online. Beefcake Brutus is an old school WWF wrestler. No matter what someone says in the comment section, it's unlikely that your average troll looks anything like Beefcake Brutus behind their computer.] To help celebrate the release of his first single in some four years, Cadence Weapon additionally uploaded a fittingly-titled My Crew (Wooo) Spotify Playlist showcasing, as he described, "a few of my favorite songs of the moment, along with my new single "My Crew (Wooo)'" including Future, 2 Chainz, Vince Staples, Kodak Black, Wiley, and Rae Sremmurd, along with 20 additional hand-selected tracks. It appears as though Cadence Weapon is still actively working on his proper follow-up to Hope In Dirt City, which he described as "very in-your-face [Super] Rap" to EXCLAIM! very early on in his creative process back in May 2013. I reached out to Cadence Weapon via Soundcloud Messager about a month ago, who personally told me he had "just finished making a remix for a Canadian Pop artist and I've nearly finished a new album, which will definitely come out sometime this year!"

Posted by Matt Horowitz at 8:23 AM