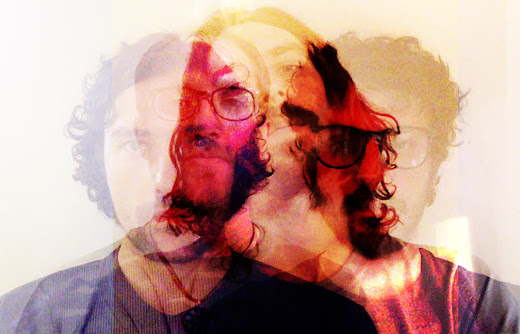 It's been widely reported this past Friday's 24-hour Bandcamp Friday festivities garnered $7.1 million, all of which went directly to the artists waiving the company's own revenue shares. Yesterday, we ran a feature on a collection of our favorite beat tapes released on or around Bandcamp Friday and today, we're going to do something similar, but with mixtapes. Now, these aren't exactly your typical rapper, producer, or DJ-orchestrated mixtapes... these are uniquely non-Hip-Hop "mixtapes" orchestrated and released by a few of our favorite Punk/Hardcore bands, DOPE BODY, F*CKED UP, and Titus Andronicus. For Bandcamp Friday, a newly-reunited DOPE BODY released an album/mixtape called Home Body, F*CKED UP issued their MIXTAPE 6, and Titus Andronicus uploaded Sorry About The Delay: Titus Andronicus LLC Mixtape, Volume 2A, A Reductive Scoff: Titus Andronicus LLC Mixtape, Volume III, and Broken Down In Morgantown: Titus Andronicus LLC Mixtape, Volume 4 (An Asterix) to Bandcamp for the first time. Even though this month's Bandcamp Friday event is long over, please, feel free to support the artists profiled here, if funds allow, as once-actively touring bands could surely use your support in these uncertain times!

It appears as though Baltimore/LA-based DOPE BODY have been largely inactive since the release of their 2015 Drag Ciy Records album, KUNK. Although, in recent months, DOPE BODY have become increasingly active again on their re-activated Instagram (@dopebody.2020) Twitter (@DopeBody,) and Facebook (@dopebodyband) pages. Additionally, it appears as though DOPE BODY's Andrew Laumann, David "Dave" Jacober, Zachary "Zach" Utz & John Jones quietly started playing shows together again at some point in 2019. Home Body is being billed as "an isolation-vibe mixtape full of digi-f*ckt surge-n-swag Indie Rock, just generally hyphenated-as-f*ck DOPE fury way up in the mix. Their explosive alone-together head-space is rife with Rock, but etched exquisite corpse-style." Home Body was entirely remotely-recorded by DOPE BODY's members in the comforts of their own homes and apartments. DOPE BODY's Zach Utz explains, "one of us would start a track and email it to the group and, then, someone would add a layer, etc. etc. This is, obviously, a very different approach for a band that had previously written everything while we were all playing in the same room, at the same time, etc." Utz says this new isolation-aided recording process allowed for a lot of experimentation with the overall sound of record; with DOPE BODY intentionally incorporating a lot of sound design elements to reflect different styles of music other than Rock. "Also, without giving much else away, we do have some things planned for the rest of the year, depending on what happens with COVID," Zach Utz teases. DOPE BODY's Home Body is now available on Bandcamp, as well as across oft-used digital streaming platforms.


Canadian Punk/Hardcore stalwarts and wrestling enthusiasts F*CKED UP released the sixth installment in their ongoing MIXTAPE series in honor of Bandcamp Friday. Mixtape Volume 1: Generations was released by Deranged Records in 2005, followed by 2006's Mix Tape - Volume Two, 2009's self-released F*cked Up Mixtape 3, Mixtape IV (2011,) and Mixtape 5 (2014) all primarily released on cassette. Thus far, F*CKED UP's mixtapes have featured a wide array of B-sides, rarities, previously unreleased tracks, FU affiliates/side-bands, interview snippets, band-selected favorites, and the like; often times, consisting of recordings sourced from or related to F*CKED UP's most recently released album, EP, or 7-inch. "Some bands make great singles, others make great albums. @FuckedUp makes a great mixtape. 15 years less a month and a day after Mixtape 1 (which nearly broke up the band) and painstakingly assembled by Mike HelliChuck from the band Ruination! Mixtape 6:" frontman Damian Abraham (@leftfordamian) shared on Twitter. Boasting 80 minutes of "NON-STOP ENTERTAINMENT," MIXTAPE 6 showcases an assortment of tracks and snippets from the period post-Glass Boys (2014) up until present times arduously arranged and edited together by long-time guitarist Mike Haliechuk. Additionally, every purchase of MIXTAPE 6 comes complete with in-depth liner notes and a tracklist compiled by Haliechuk himself. Without revealing too much, of course, MIXTAPE 6 is chock-full of F*CKED UP rarities, Turned Out A Punk and various interview clips, an Alanis Morissette cover, a yuletide favorite, selections from Chubby & The Gang, Jellicoe & Woodbury, and S.H.I.T. and much, much more. F*CKED UP's MIXTAPE 6 is now available exclusively on Bandcamp, along with another recently unearthed rarity, Rivoli.

Posted by Matt Horowitz at 9:33 AM