Beastie Boys, Making Some Noise In 2011! 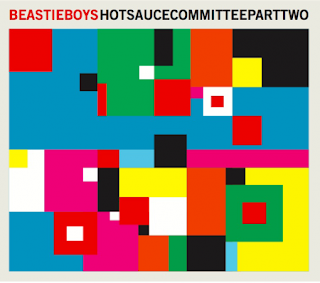 Here, we have "Make Some Noise" - The Beastie Boys' premier track since 2007 and after a short hiatus. After entering a head-to-head battle with cancer, Ad-Rock is now "CURED LIKE HAM!"
Around Summer 2010, the trio cancelled a string of tour dates and indefinitely postponed an upcoming release - Hot Cause Committee, Part 1. Roughly a year later [following the star-studded screening of "Fight for Your Right #2" @ Sundance], the album will finally be unleashed on May 3 (Capitol). But in an odd "coincidence," the album is now dubbed Hot Sauce Committee, Part 2.
In total, the 16-track collection is nearly identical to the Part 1 ("Tadlock's Glasses") tracklist, which is shelved for the time being. French [House] artist/producer Phillippe Zdar reportedly assisted in re-mixing, re-calculating and re-furbishing the set.
A limited edition "Make Some Noise" 45 may or may not be released in conjunction with Record Store Day '11... and a Passion Pit Remix to be featured on the B-side. Look for Beasties Summer 2011 Tour dates to be announced shortly.
Posted by Matt Horowitz at 10:51 PM