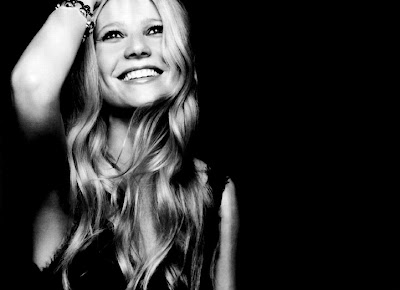 "Shawn Carter: The public at large is discovering your ability to sing. When did you first discover you had that talent?

Gwyneth Paltrow: I kind of always sang. My mother has a great voice and was always singing Jazz around the house and I think she passed on her musicality to my brother and myself. I sang in an a capella singing group and I always thought that somewhere down the line I would dust off my pipes and use them but I didn't know I would be so old when it happened. When I sang with you one night at the Royal Albert Hall a few years ago, it was so terrifying. I thought that would be the end of it. This has been a surprise to me as much as anybody else. But I love it.


SC: Personally I was very surprised at your extensive knowledge of Hip-Hop songs. Particularly how you can sing '90's Hip-Hip songs word for word. I can't even do that! How does a girl from Spence discover hip-hop?

GP: I first was exposed to hip-hop when I was about 16 (1988) by some boys who went to collegiate. The Beastie Boys were sort of the way in for us preppie kids. We were into Public Enemy, Run-DMC and LL Cool J. But then I went to LA the summer between my junior and senior year of high school and I discovered N.W.A which became my obsession. I was fascinated by lyrics as rhythm and how Dre had a such different cadence and perspective from say, Eazy-E, who I thought was one of the most ironic and brilliant voices hip-hop has ever had. It was an accident that I learned every word of Straight Outta Compton and to love something that a.) I had no real understanding of in terms of the culture that it was emanating from and b.) to love something that my parents literally could not grasp. But I was hooked. I can’t remember what I ate for dinner last night but I could sing to you every single word of N.W.A.'s "Fuck tha Police" or [Rob Base & DJ E-Z Rock's] "It Takes Two." Go figure.


SC: Does that extend to pop and rock music as well? Did you do the whole lace gloves, circa Madonna and flannel shirts in the '90's, circa Kurt?

GP: I was never super into '80's or '90's Pop. Aside from Hip-Hop I loved, I was very into Alternative stuff like New Order (which did become pretty mainstream) and The Cure and bands like Yaz and Book of Love. But when Nirvana came out, my mind was kind of blown. I remember sitting around a record player playing Nevermind for days in a row with my college friends really mesmerized by that record, as everybody was at the time. I couldn’t believe my ears.


SC: "Speed Round:" Miles or Coltrane?


SC: The Beatles or The Rolling Stones?


SC: And finally, would you ever make a solo album?

GP: Would I ever make a solo album? Should I? Never say never." 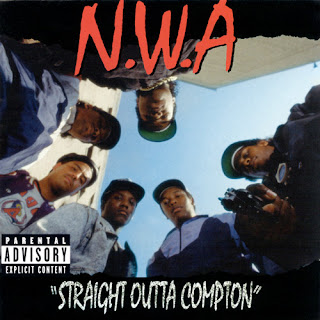