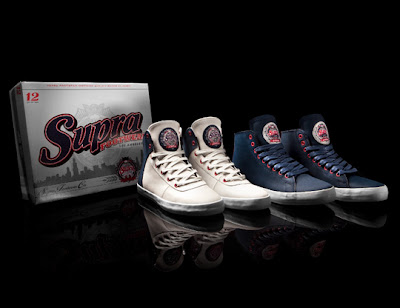 Collectively dubbed "Supra 413 Edition," Supra and FACTORY 413 have teamed up to bring sneaker/[fine] alcohol fans the "Beer Pack." The navy blue/red "Thunder" is a homage to classic American brews, while light beer is equally represented by the white/navy blue "Cuttler."
Both pairs are limited to editions of 413 and are numbered on the underside of the "beer caps" featured on the tongues. Eager fans can attempt to get pairs of the custom-built box-housed "Thunders" and "Cuttlers" @ select US, UK, Swedish, German, and French FACTORY 413 stores - Wed. April 13th @ 12 noon sharp. Online sales will then follow, beginning @ 3pm PST. 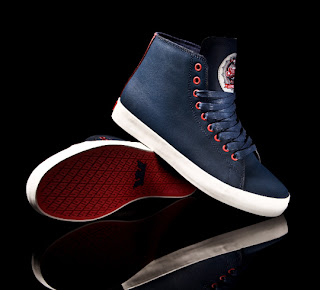 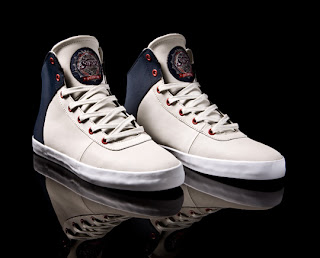