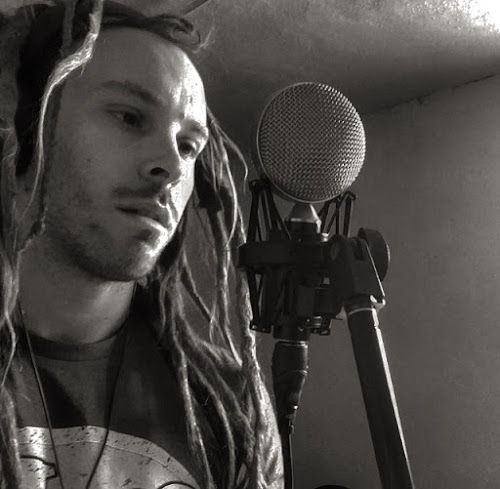 "I'm really just trying to write as much as possible. I've been recording and writing all of the material myself over the past two years using just GarageBand and a couple ribbon mics. It's very liberating to be able to begin a new idea or vision on a new instrument, whether it be guitar, bass, piano, or drums. 'The 303 Construct' is definitely a conglomeration of what I've been listening to the past two years being in Denver. I've seen a lot of great musicians—drummers, in particular," Peanut Butter Lovesicle frontman-drummer and New Jersey by way of Pennsylvania native Timmy Miller wrote within a recent email, concerning his forthcoming solo project tentatively titled The 303 Construct. "Affiliating myself as mainly a drummer, I've been enjoying the less-is-more pocket style with some R&B off-beat hi-hat accents. Anderson .Paak's album, Malibu has some great examples of that and I've really been enjoying watching his live footage—he has such great energy and talent. It feels great to be able to write on multiple instruments and in turn, pulling inspiration from many different genres/musicians that I knew existed, but didn't realize I enjoyed. Music will always be good for that, I love it. I'll be releasing more tracks in the upcoming weeks, so I'll keep ya posted," Miller continued. As part of Peanut Butter Lovesicle, along with cousins Mike & Jake D'Arc, Timmy Miller has recorded and released two EP's-worth of material, Heavy Daze Wildcat Craze (2010) and Dirty Pride (2012). "Black-Eyed Blues" and "State of I," one track from each EP, were most notably featured within 2011 episodes of Gossip Girl; Interview Magazine premiered its Gossip Girl cast-featuring music video and fittingly described "Black-Eyed Blues" as "[falling] somewhere in between Jimi Hendrix, The Allman Brothers, and The Black Keys."


"I've been living in Denver for two years, playing a lot less live music, which I miss a lot, but I'm doing a lot more recording. I've had the chance to go back and listen to and revisit old recordings or find a lyric I've written down somewhere and go from there—things like revisiting old ideas have helped me transition into a lot of this new material. I definitely miss playing with Mike and Jake D'Arc in [Peanut Butter Lovesicle], as the energy is incomparable to any musical experience/endeavor I've ever come across in my years of playing music. That being said, this '303 Construct' project is allowing me to write songs on instruments I'm not used to writing on and that totally opens up new spectrums of sound that I'm excited to keep exploring," Timmy Miller candidly replied, when asked for a bit of background on himself and hisimpending 303 Construct project. While there is currently no firm release date for The 303 Construct, Miller has already released two meandering, wonderfully spaced-out tracks on his personal Soundcloud page—"Hate to Say" and an INSTRUmental titled "Incitement" (it doesn't appear as though "Didg Thunder" is associated with said project). It currently seems as though 303 Construct may likely be released on more of an atypical free-form basis; "I have about six finished tracks and four more in-progress, so instead of waiting to release it all at once, I'd rather get it out song-by-song. It's a body of work for sure, but I like the idea of giving people a chance to listen and focus on those one or two songs that come out each week."

"Got a couple things in my mental box
Looks like smoke rings, a whole lotta feels, and some beautiful odds
It all means so much to me
All the things I see can go and fall away from me cause all the things that I've found free, they seem to
Seem to mean so much to me

Posted by Matt Horowitz at 9:52 AM